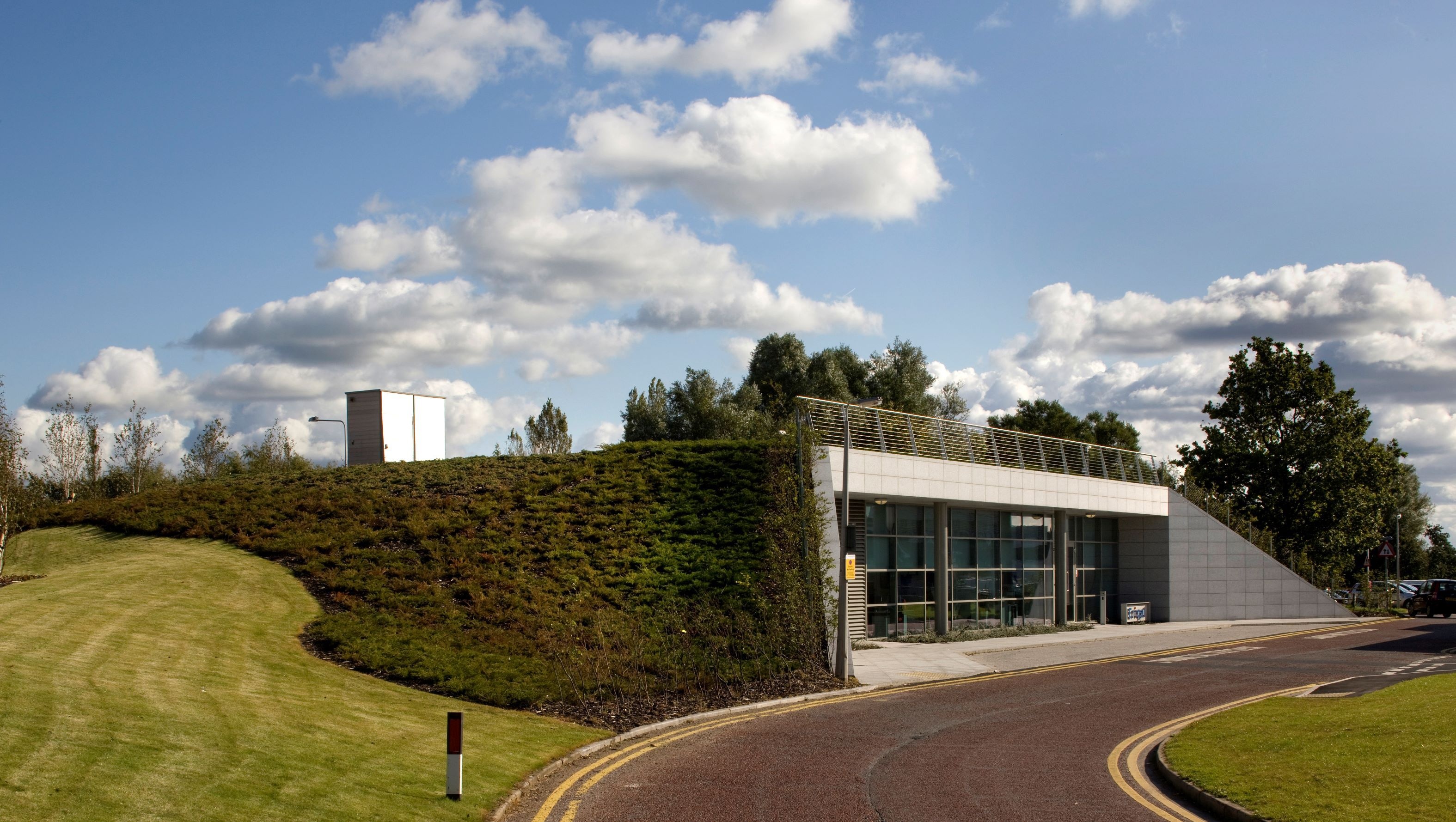 The original site for the RPU at Preston was to have been in a courtyard in the centre of the hospital. Following a review of the feasibility of the proposal, Scott Tallon Walker suggested that the building could be incorporated into the green belt around the perimeter of the hospital site located beside the main entrance to RMH (Sutton) and the steeply sloping site gave the solution. The Radio-Pharmaceutical project at the Royal Marsden Hospital involved both a GMP production facility and a research centre for the Institute of Cancer Research. 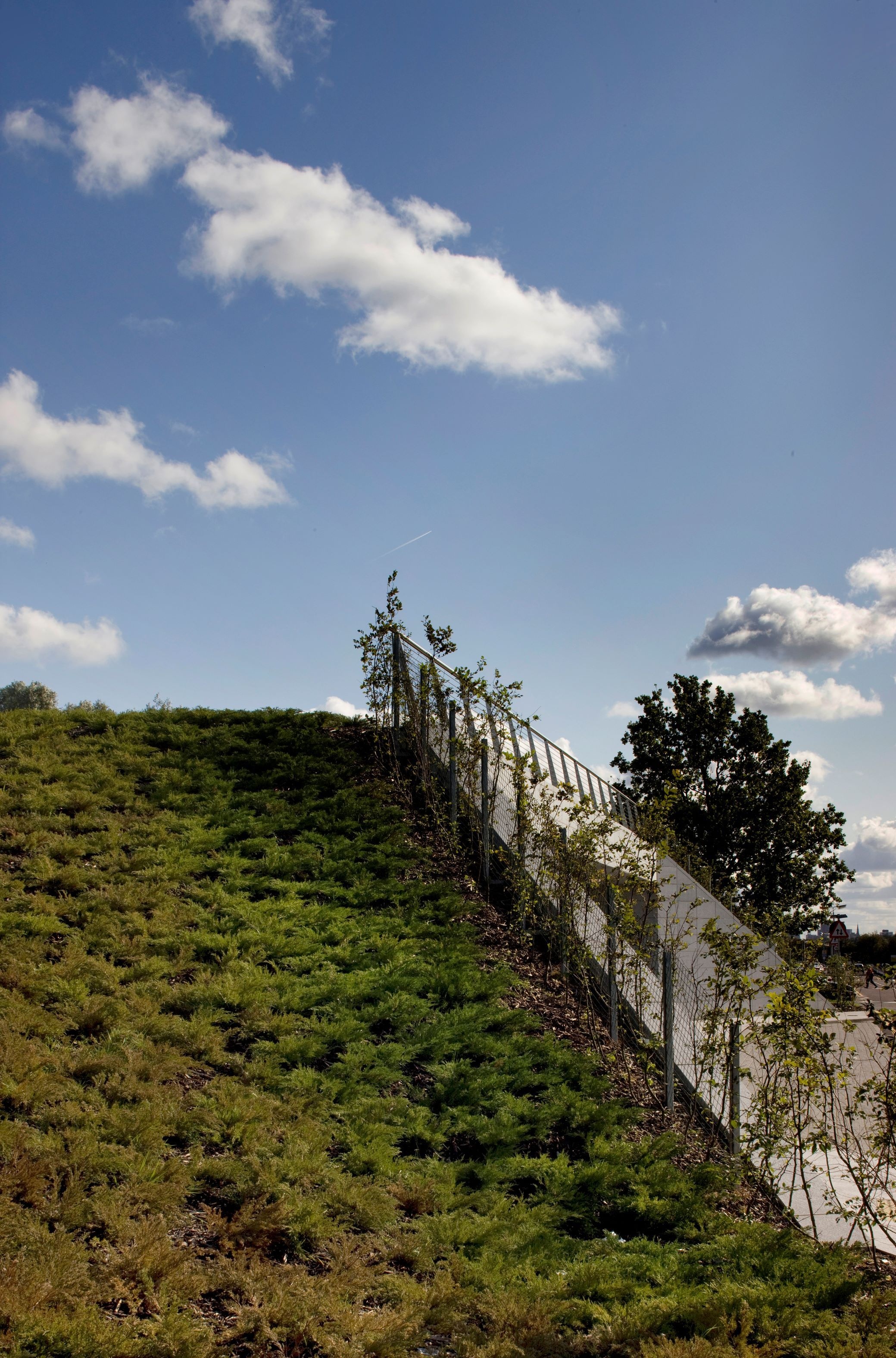 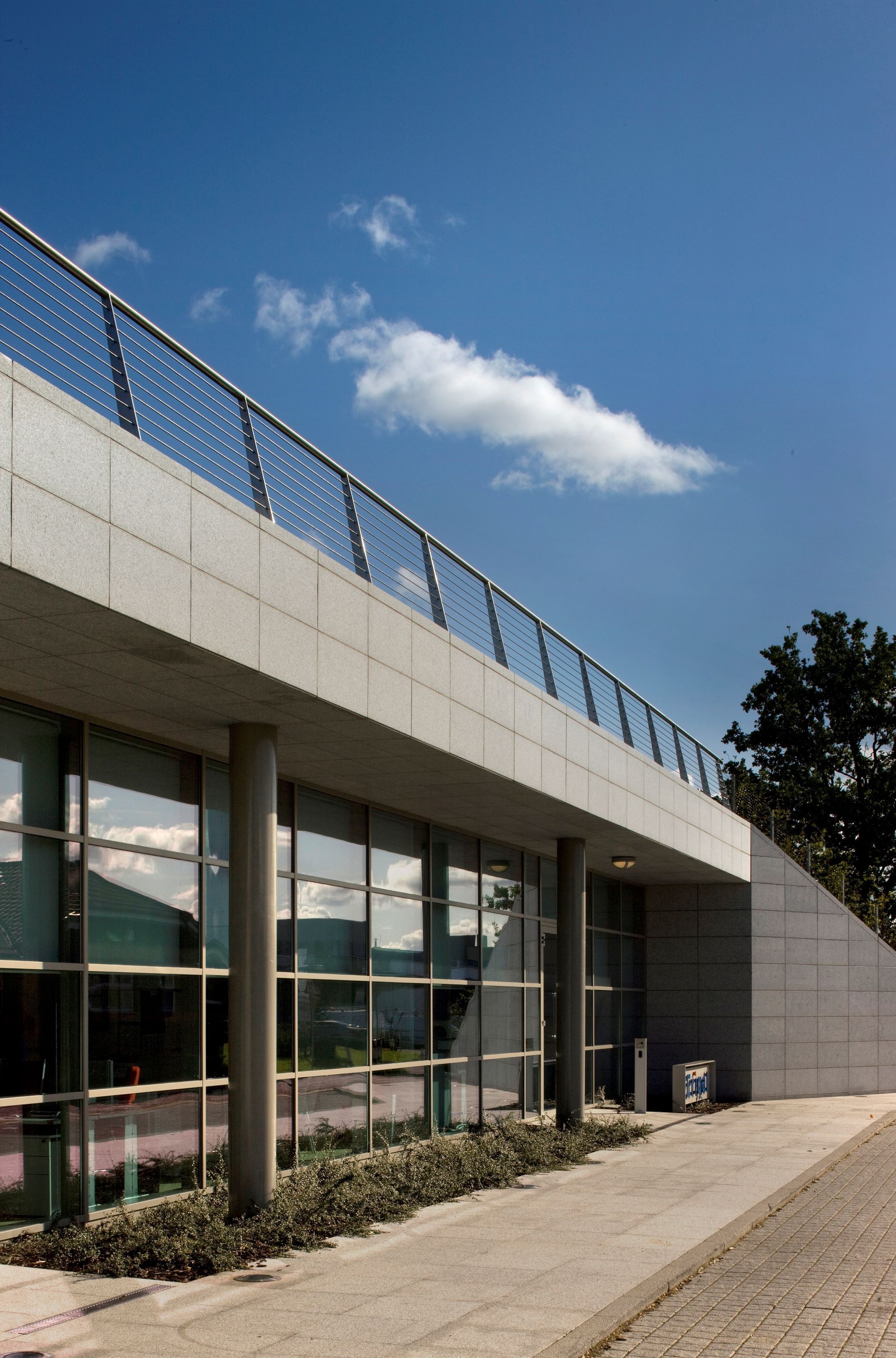 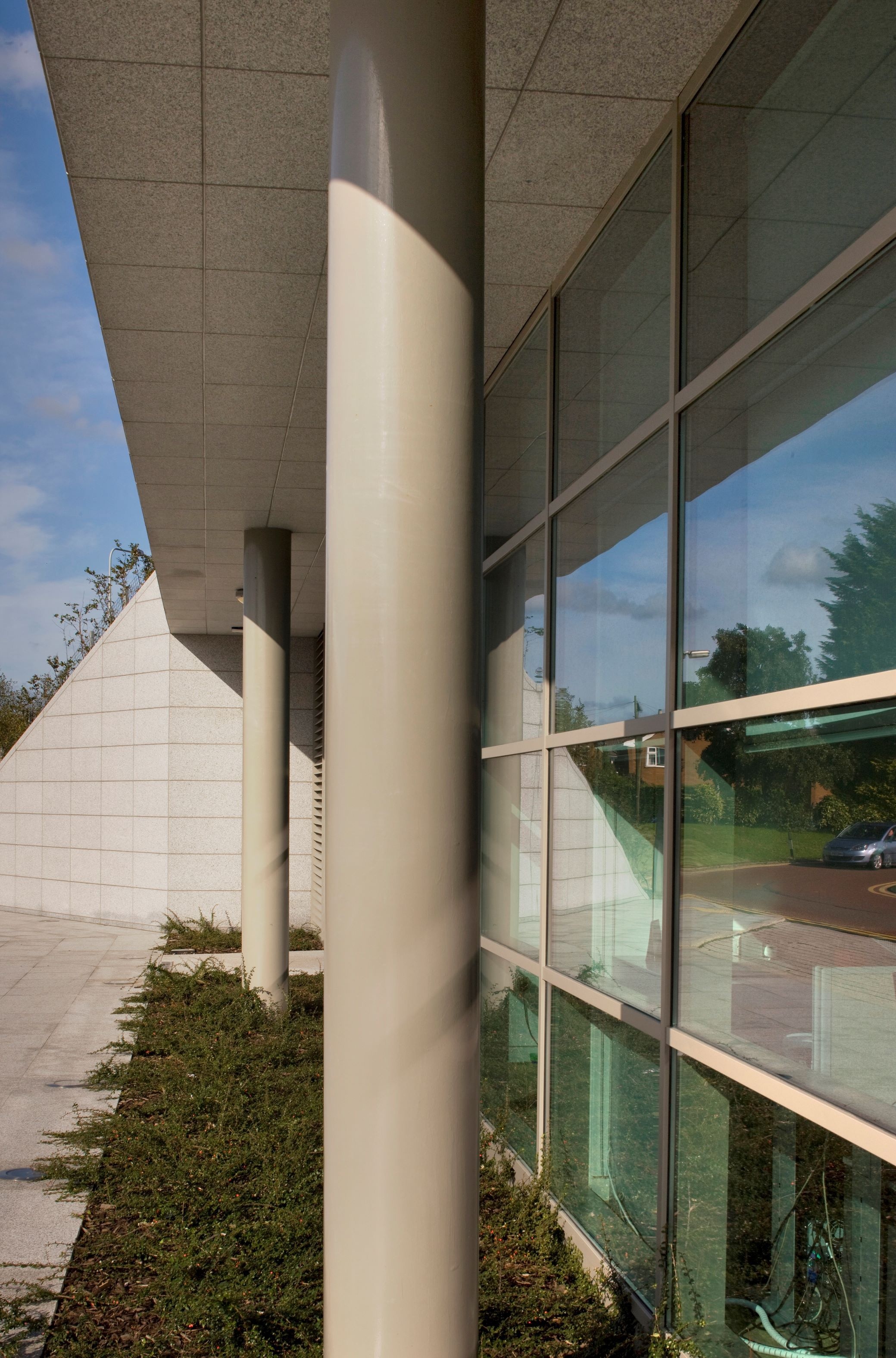 This advanced radiopharmaceutical unit - to manufacture FDG (18F-Fludeoxyglucose), one of the most commonly used tracers in PET imaging - contains at its core, the cyclotron bunker, hot cells and plant areas, designed to cGMP standards.

The scheme which is incorporated into the green belt around the perimeter of the hospital site is as much about landscaping as it is architecture. It has proved very successful in visual terms as well as passing its radiological and pharmaceutical inspections on first review. 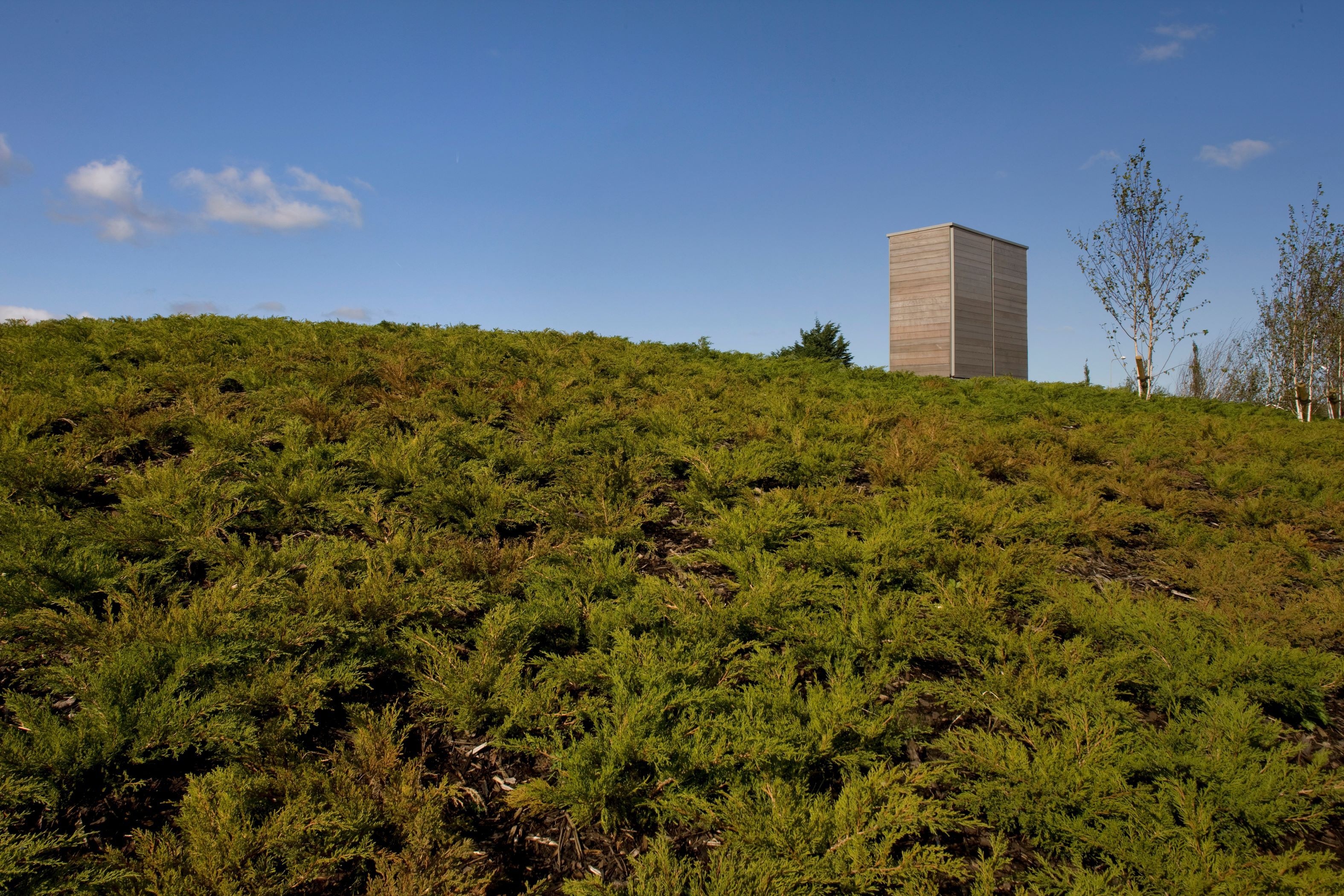 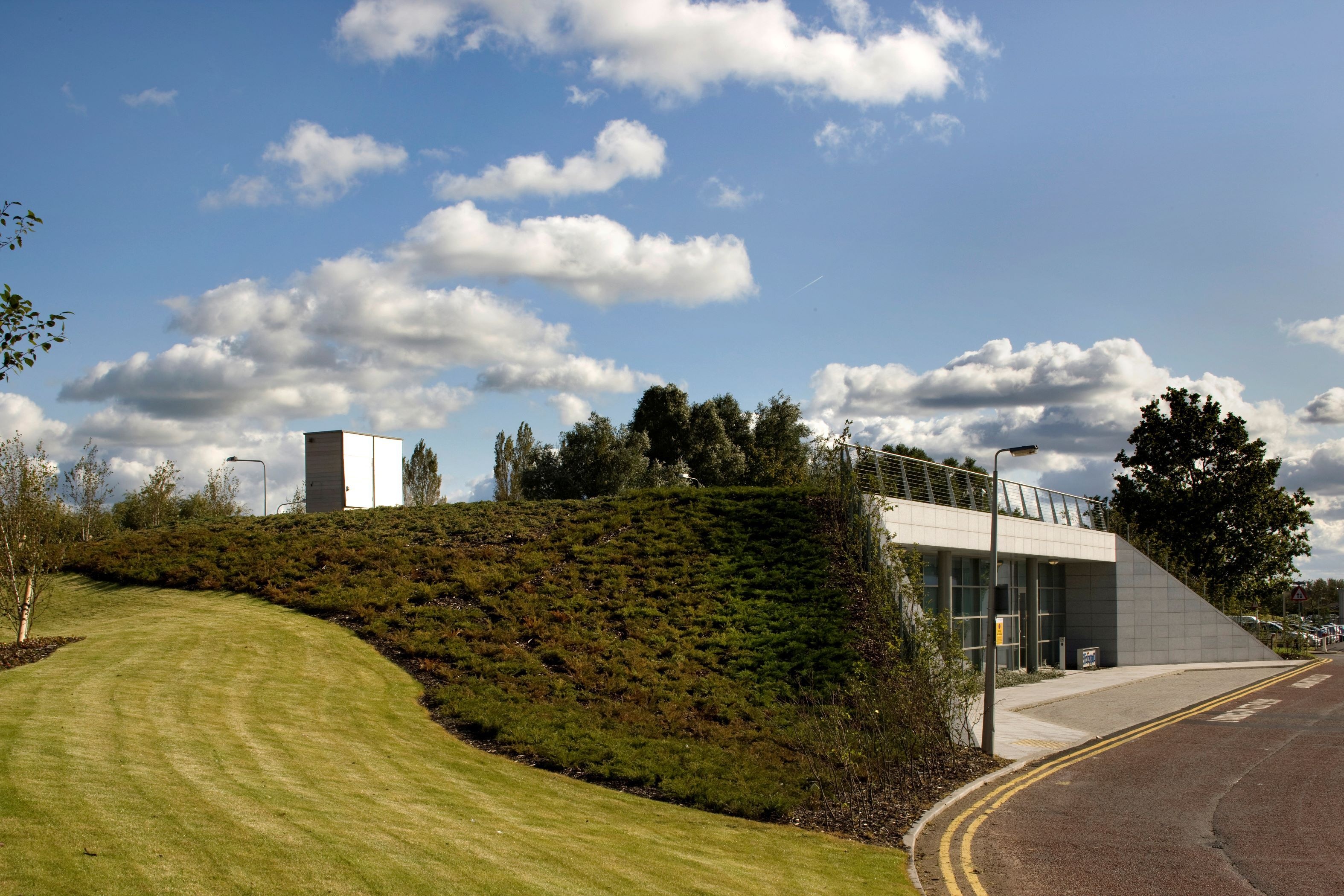 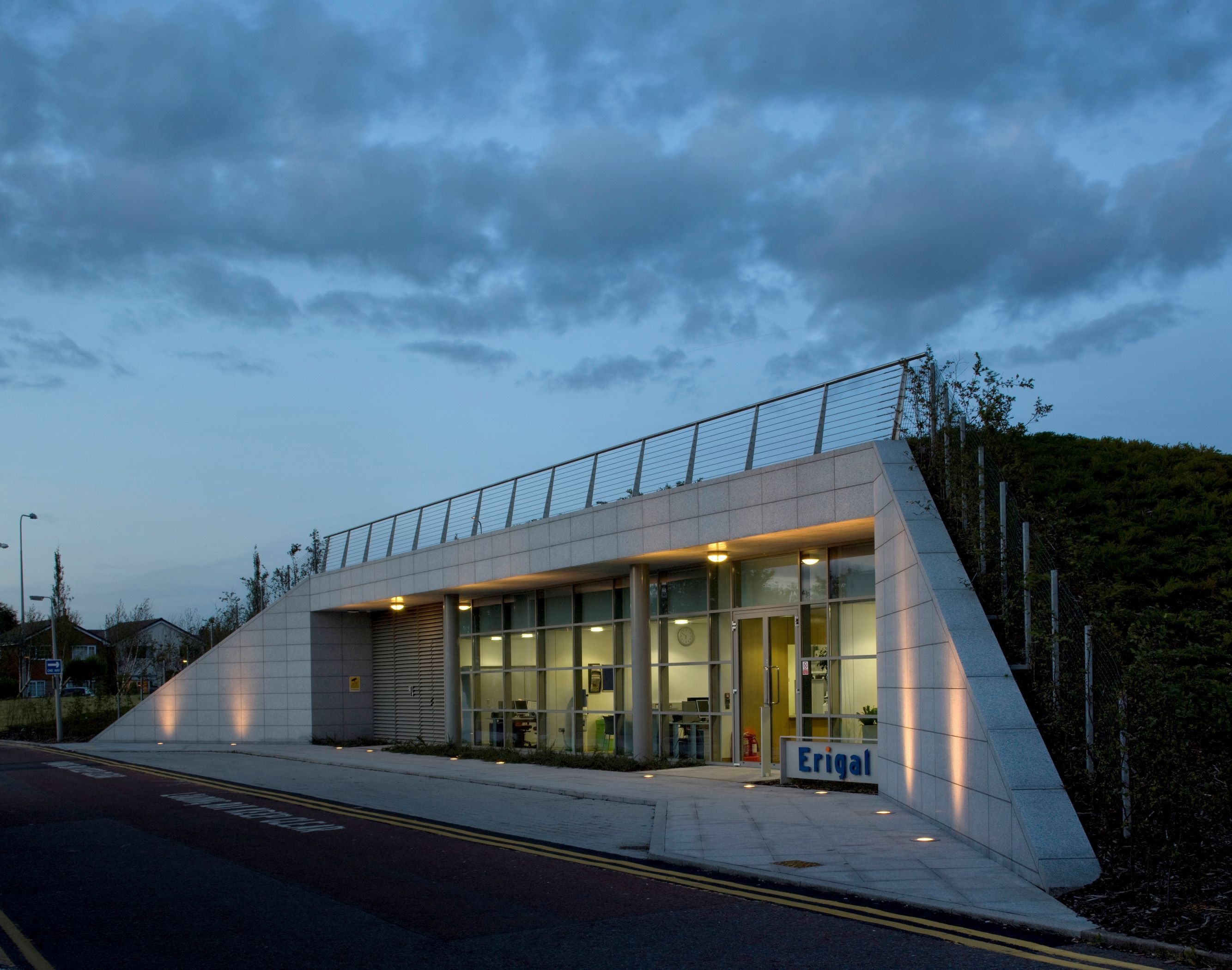