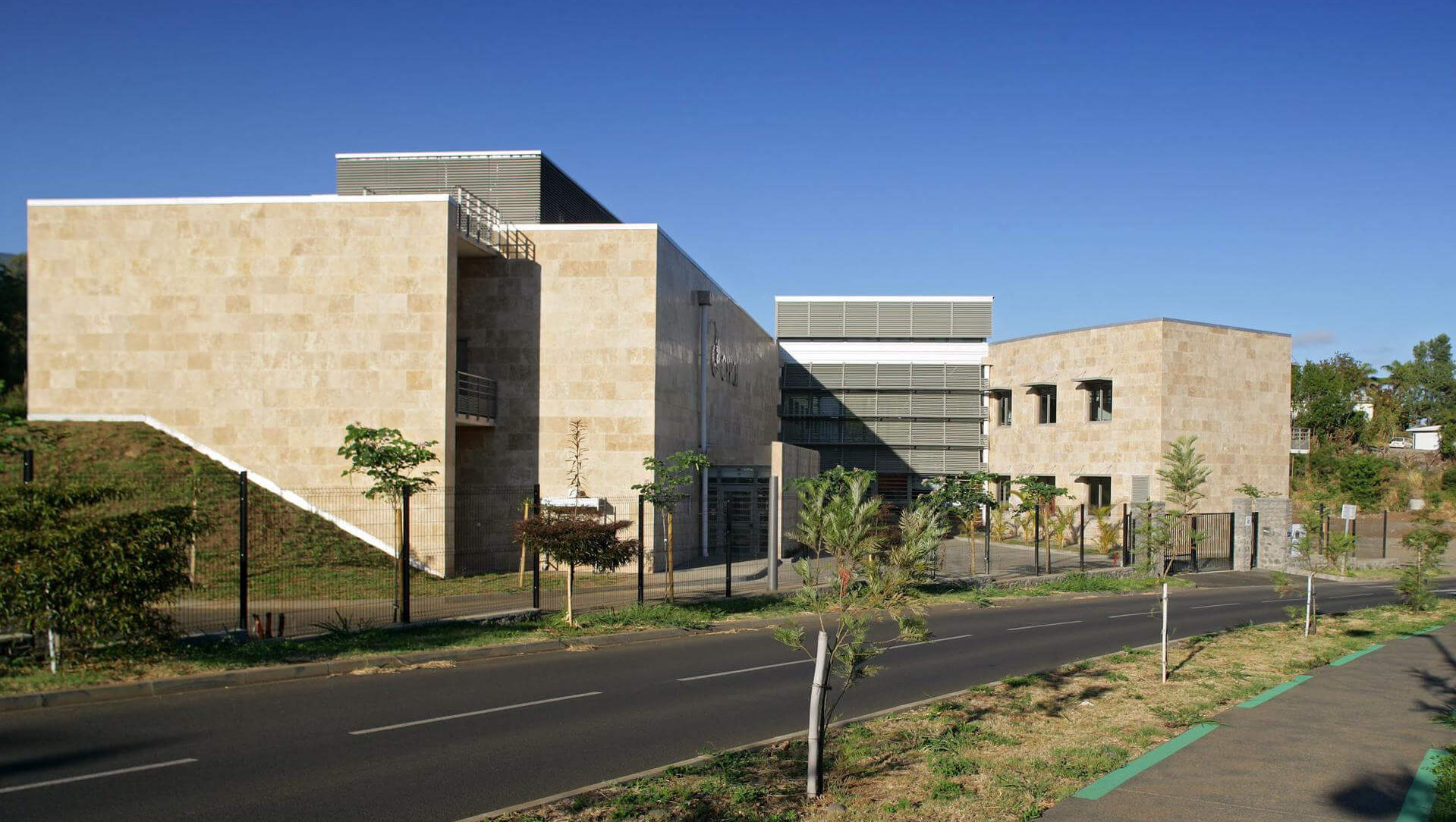 GIP Cyroi is a multidisciplinary biopharmaceutical research facility, constructed in two phases to accommodate an unusually diverse range of public and private sector users. The site on La Reunion - a French island in the Indian Ocean with a population of 800,000 - posed serious environmental challenges including tropical climate, flash flooding and hurricane winds of up to 270 km/h. The project brief included a cyclotron for radiopharmaceutical production and research, laboratories, micro-PET facility and vivarium. A second phase provided an insectarium for research into the mosquito spread tropical disease “Chikungunya,” which killed 219 people on the island in 2006. 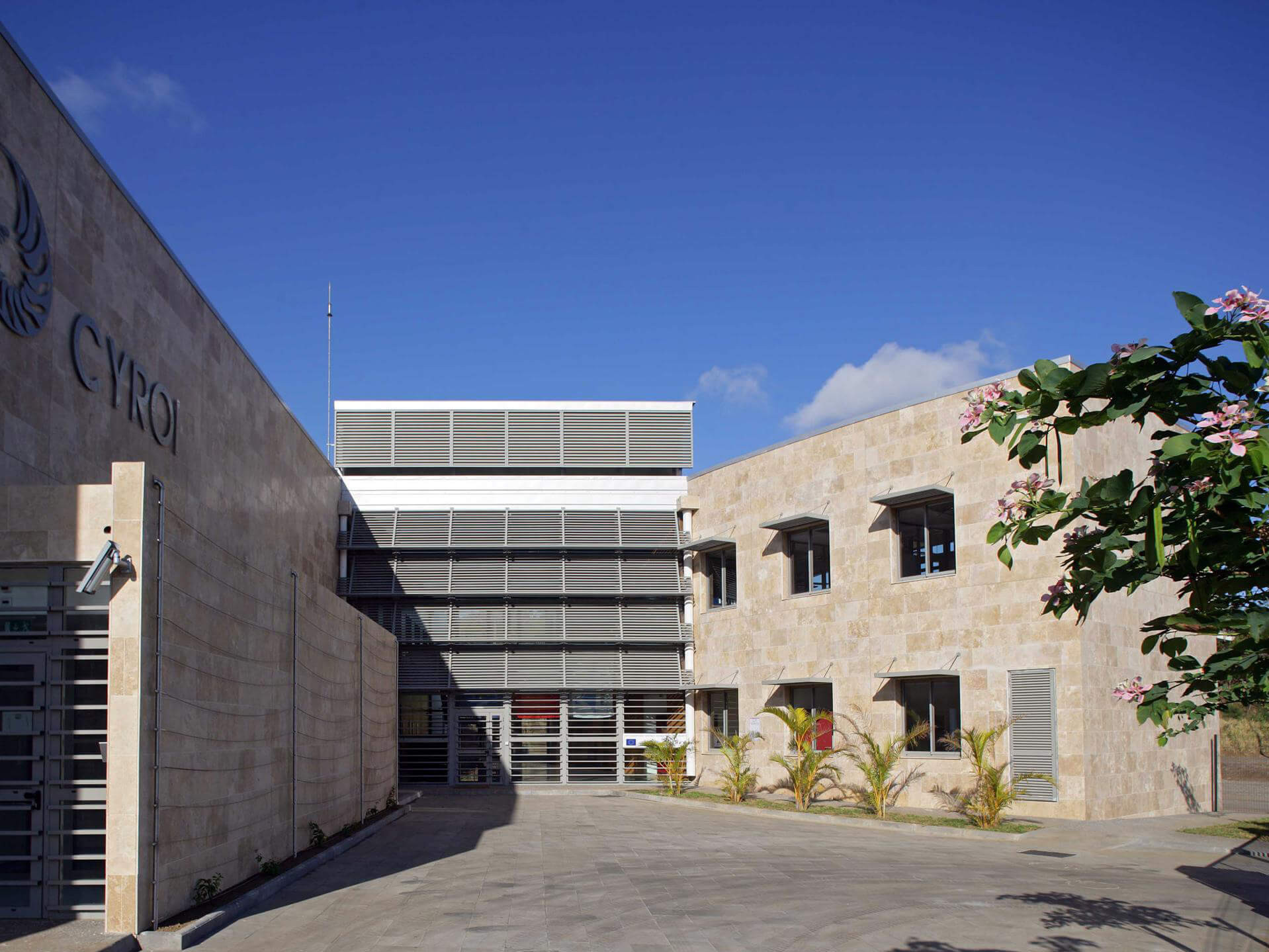 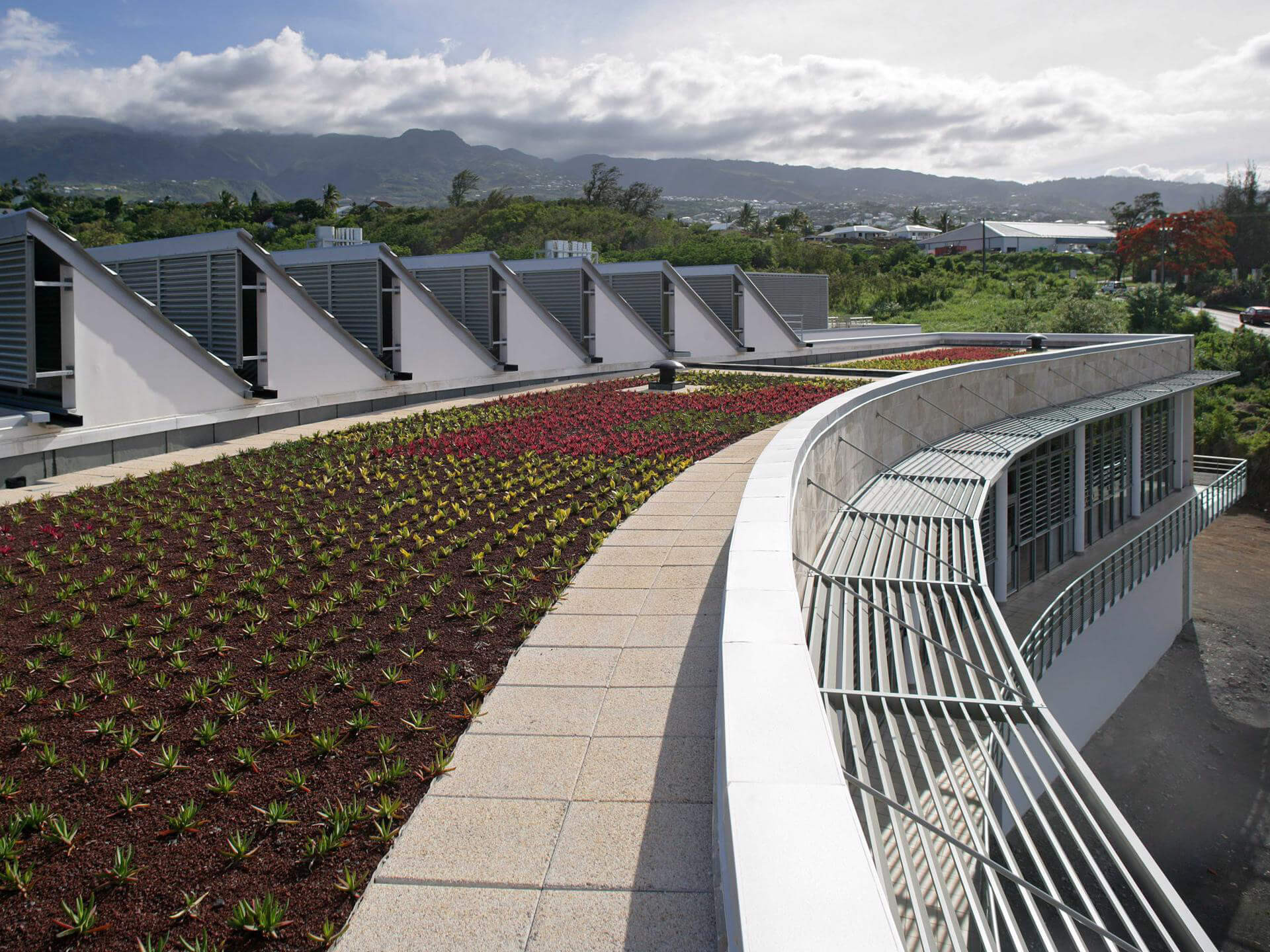 The building is laid out as two blocks linked by a tropical atrium which is usually open to enjoy the warm sea breeze and which provides an informal break-out space, facilitating encounters between diverse scientific users from which innovation is often born.

Technical rooms including the cyclotron are accommodated at the lowest level, while laboratories and offices take advantage of mountain or ocean views from the first floor. 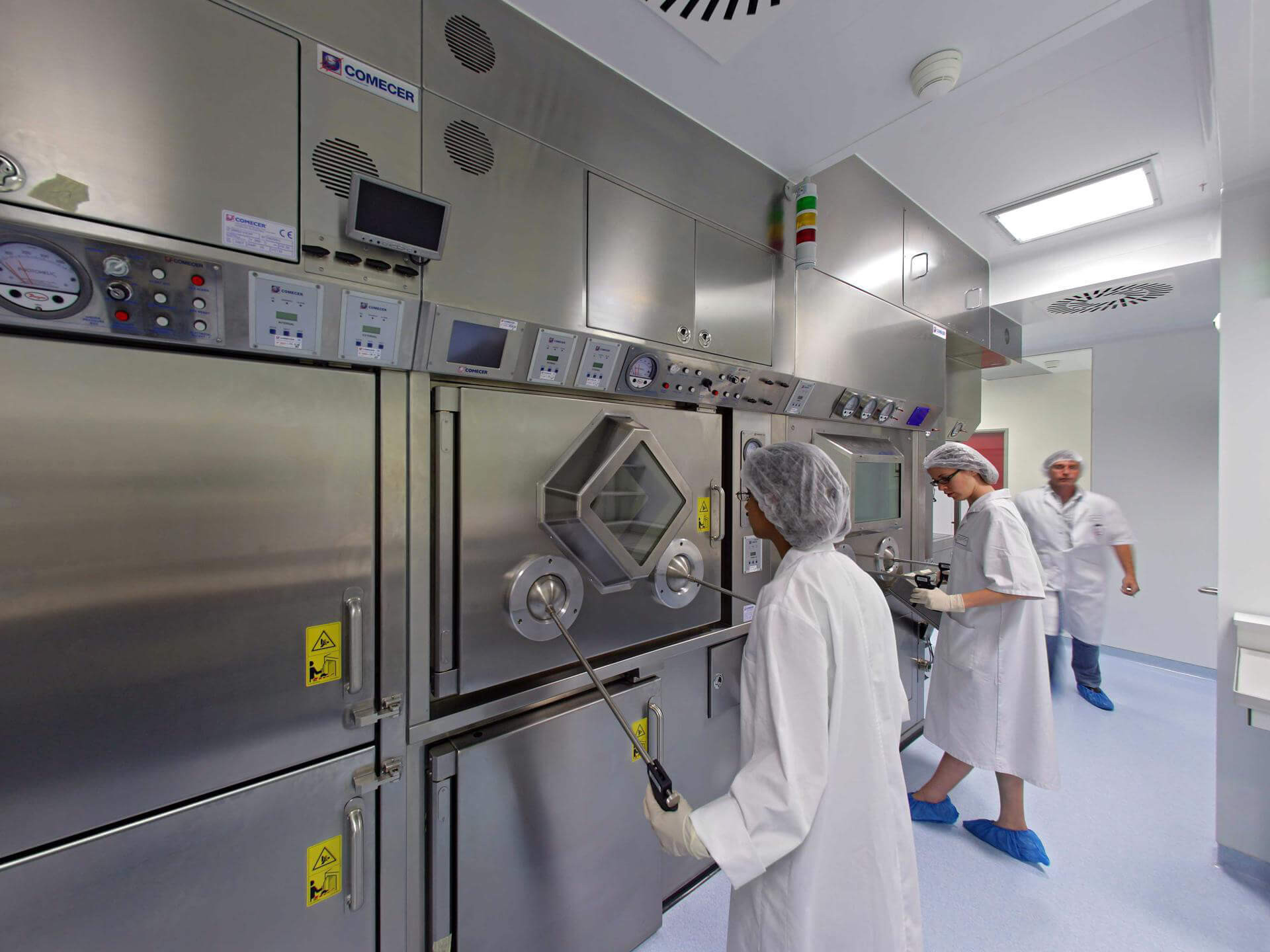