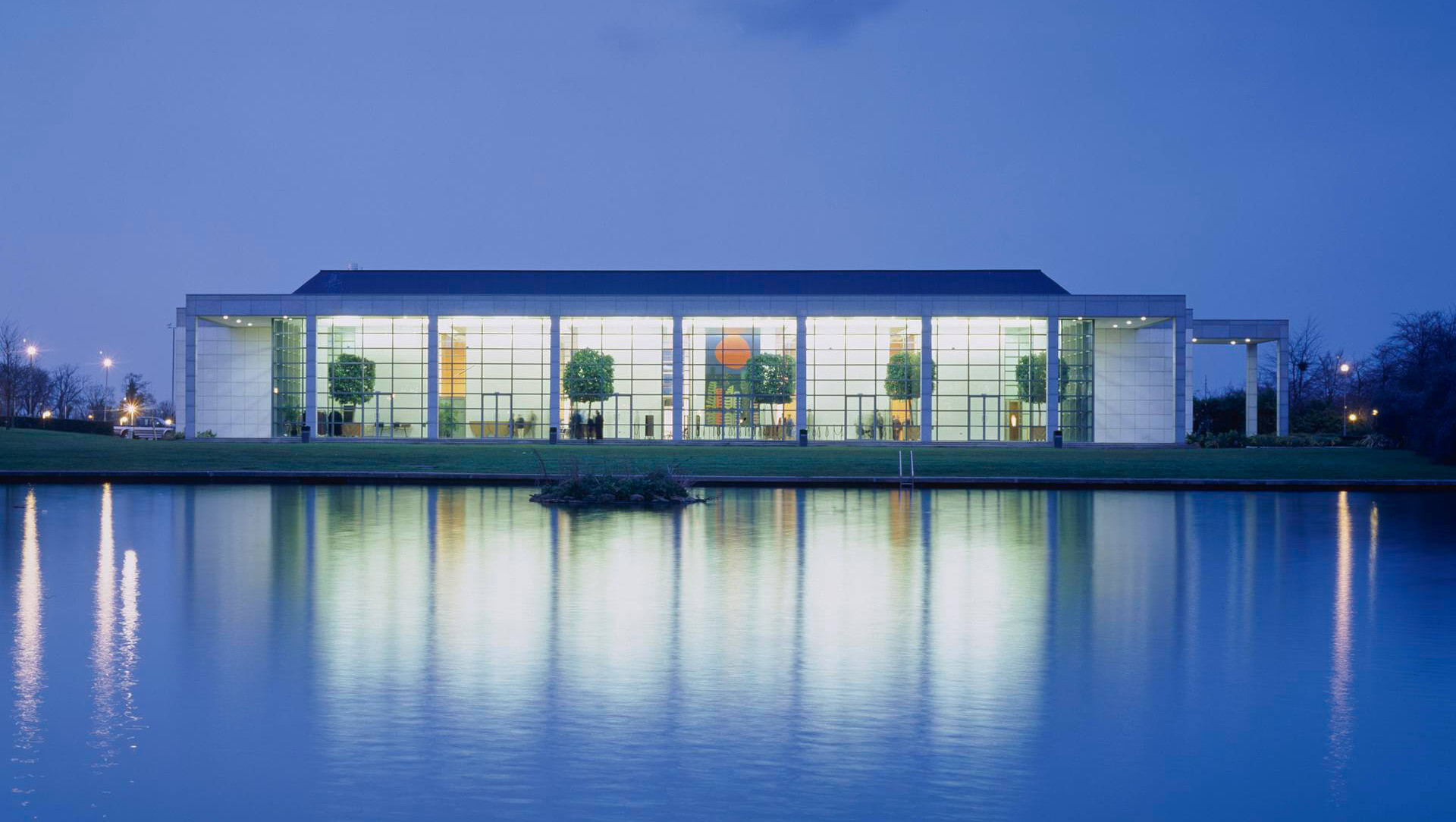 With over 30,000 students from over 120 countries, the National University of Ireland, Dublin, is Ireland’s largest and most diverse university. Since the 1960s the university has been developing a modern 130 hectare campus and in the 1990s identified the need for a new Aula Maxima to accommodate conferrings, conferences and alumni events. Following a limited architectural competition, STW were appointed to design a classically proportioned building on a lakeside site at the heart of the campus.

Selected for Exhibition
Royal Institute of the Architects of Ireland
1995

Selected for Exhibition
Royal Institute of the Architects of Ireland
1995 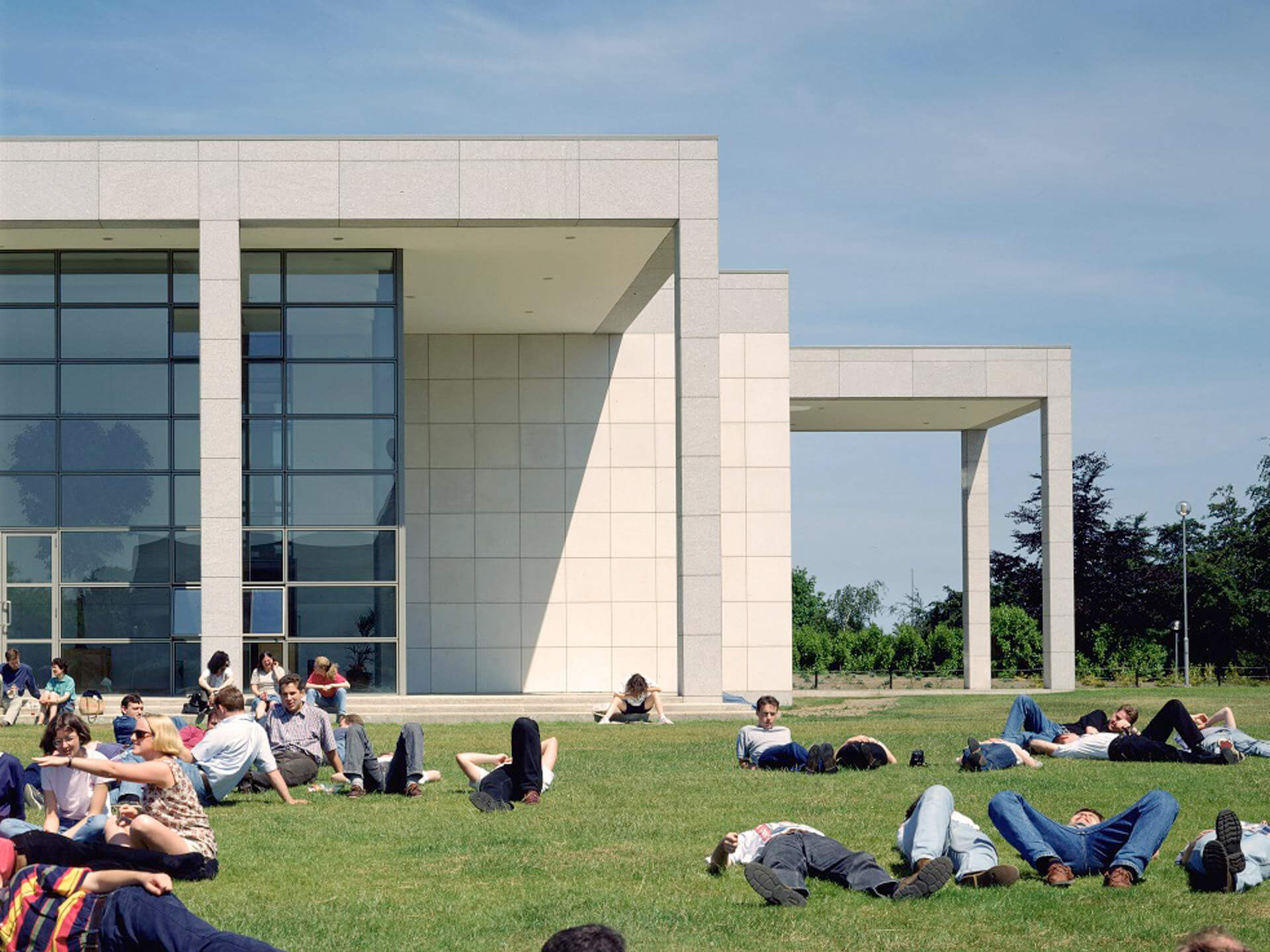 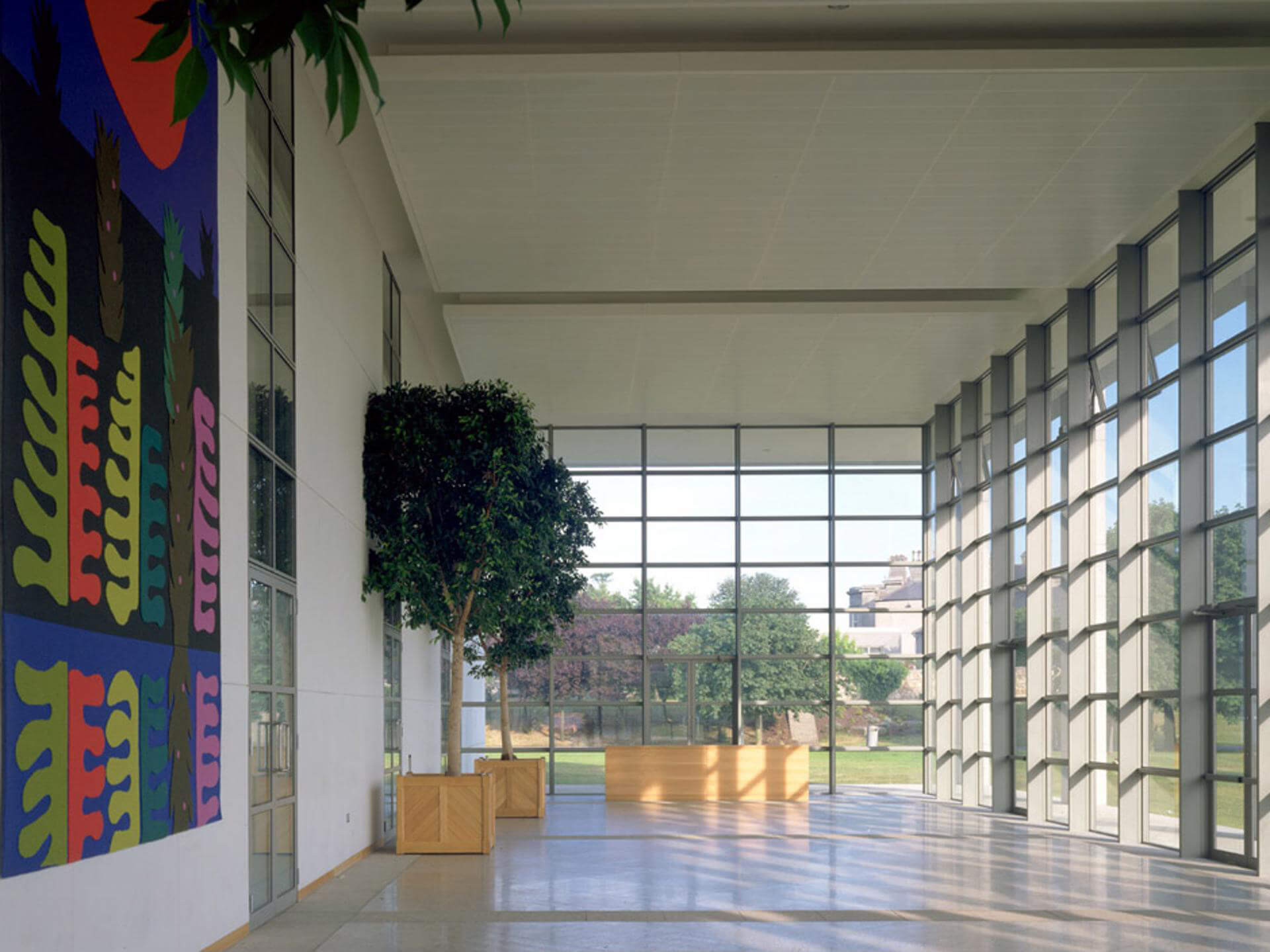 The resulting design reflects the ceremonial function of the building and achieves the classically refined aesthetic desired by the client and sponsor. A 7m high colonnade overlooks the lake, sheltering a fully glazed conservatory which serves as an assembly and reception area before and after events in the main hall.

The main hall, complete with retractable seating, is designed to seat 1100 people for conferences and conferrings, and can also be subdivided into three smaller spaces.

In addition to its prominent role in the civic life of the institution, the building is also a highly desirable conference venue and provides a valuable source of revenue for the university. 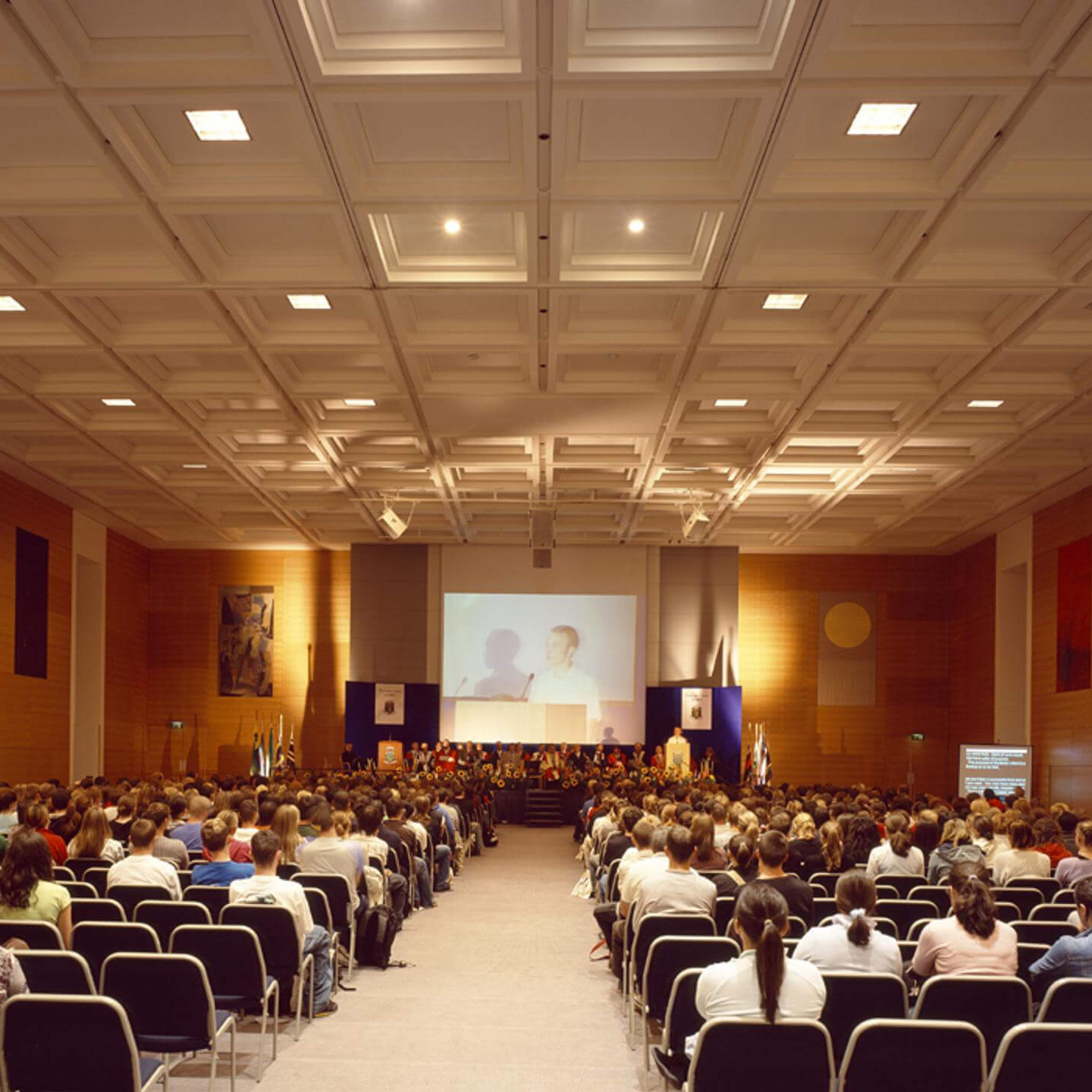 The inclusion of specially commissioned artworks is a principal feature of the design, including 10 canvasses integrated into the oak panelled walls and a full-height woven tapestry by Patrick Scott in the conservatory. 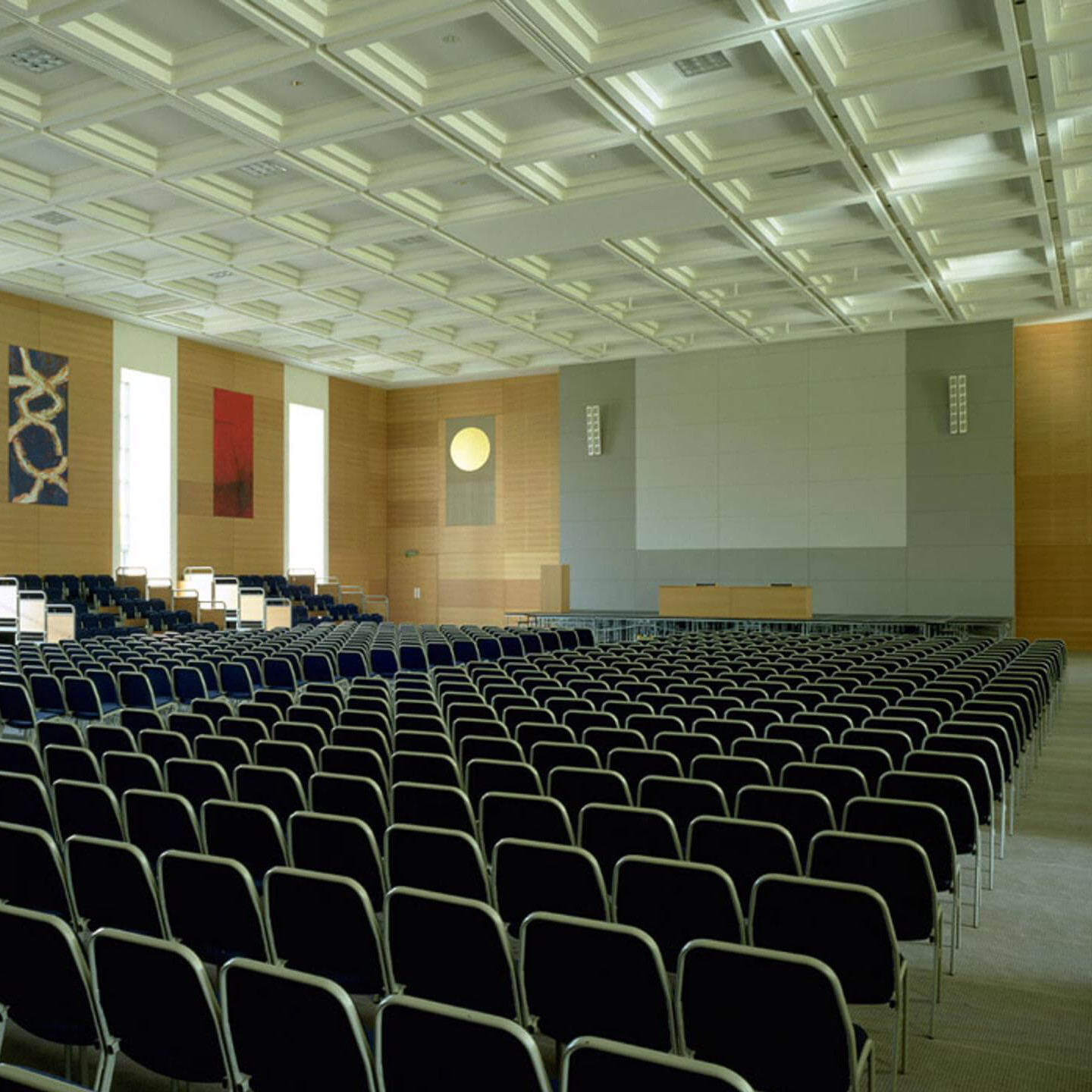 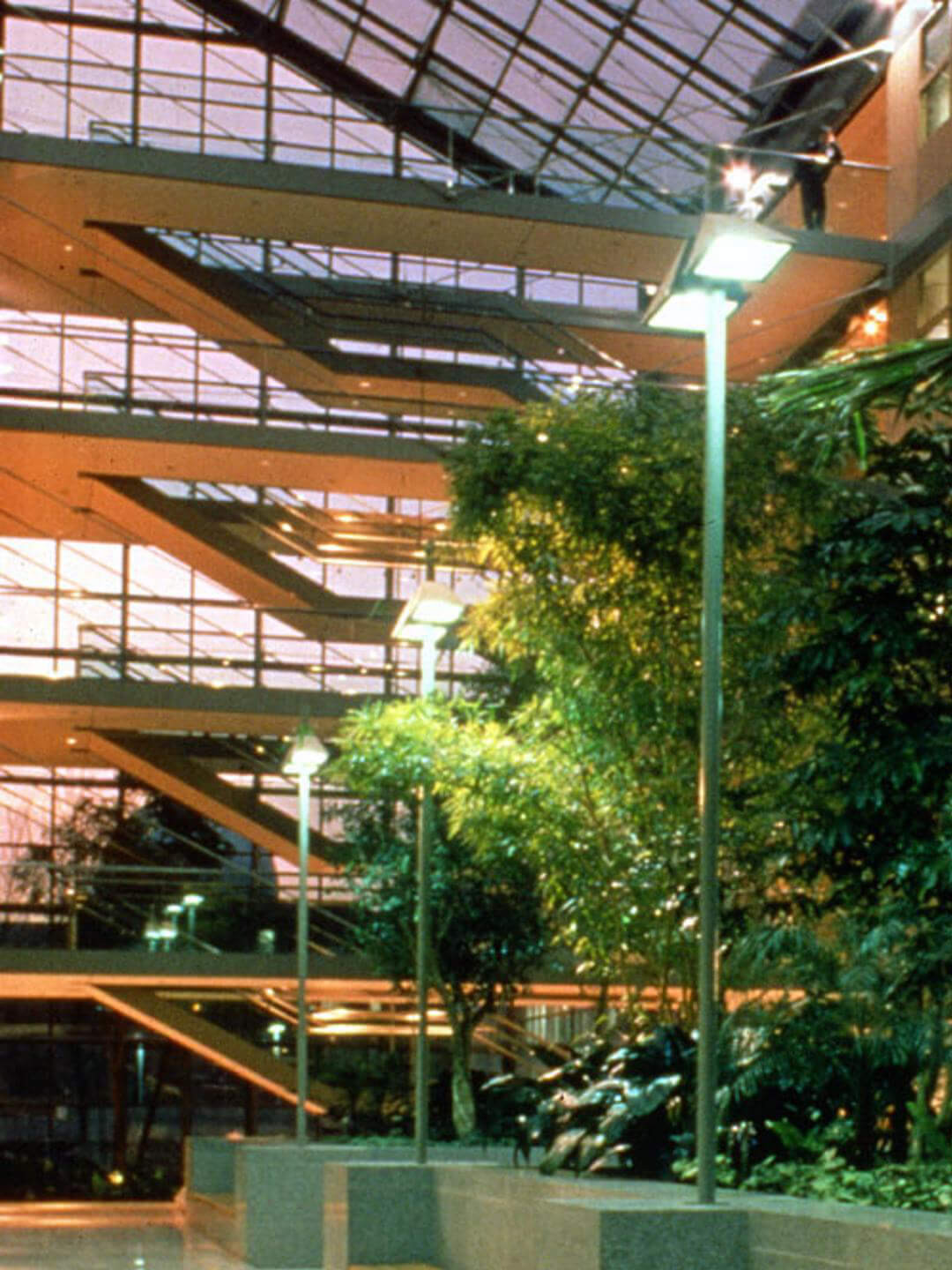