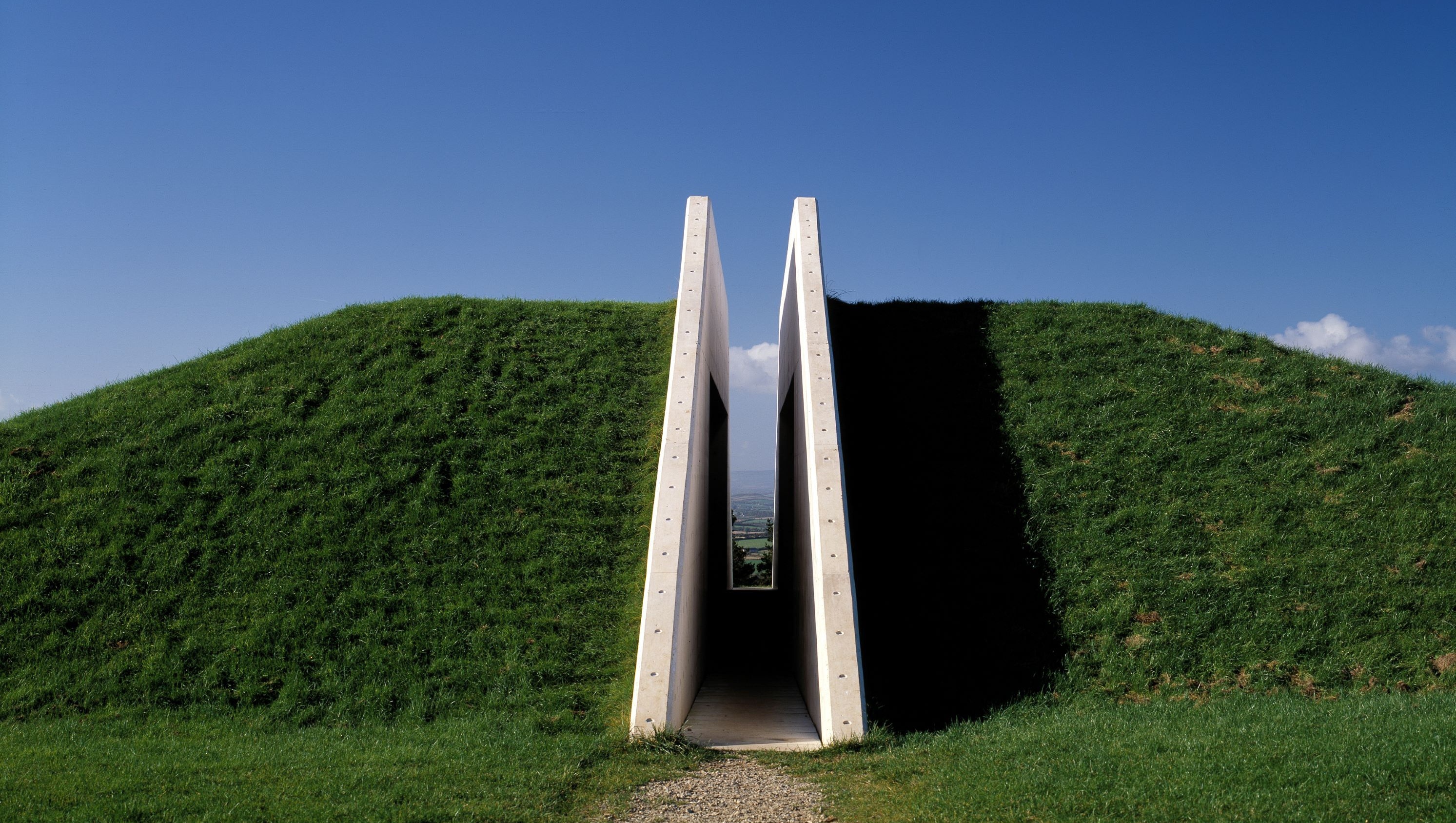 The construction of a tulach or burial mound, as a place of connection between the world of the living and the "other world" was common in ancient Ireland. The United Irishmen's uprising of 1798, fuelled by the revolutionary example of the United States and France, took place at Oulart Hill. Victory led to the establishment of the fledgling Wexford Republic; defeat at Vinegar Hill three weeks later, on the summer solstice, June 21st, marked its eclipse. Tulach a' tSolais, was built to commemorate the bicentenary of this rebellion and is the product of dynamic collaboration between the sculptor Michael Warren and Dr. Ronald Tallon.

Gold Medal
Royal Institute of the Architects of Ireland
1989 - 91

Gold Medal
Royal Institute of the Architects of Ireland
1989 - 91 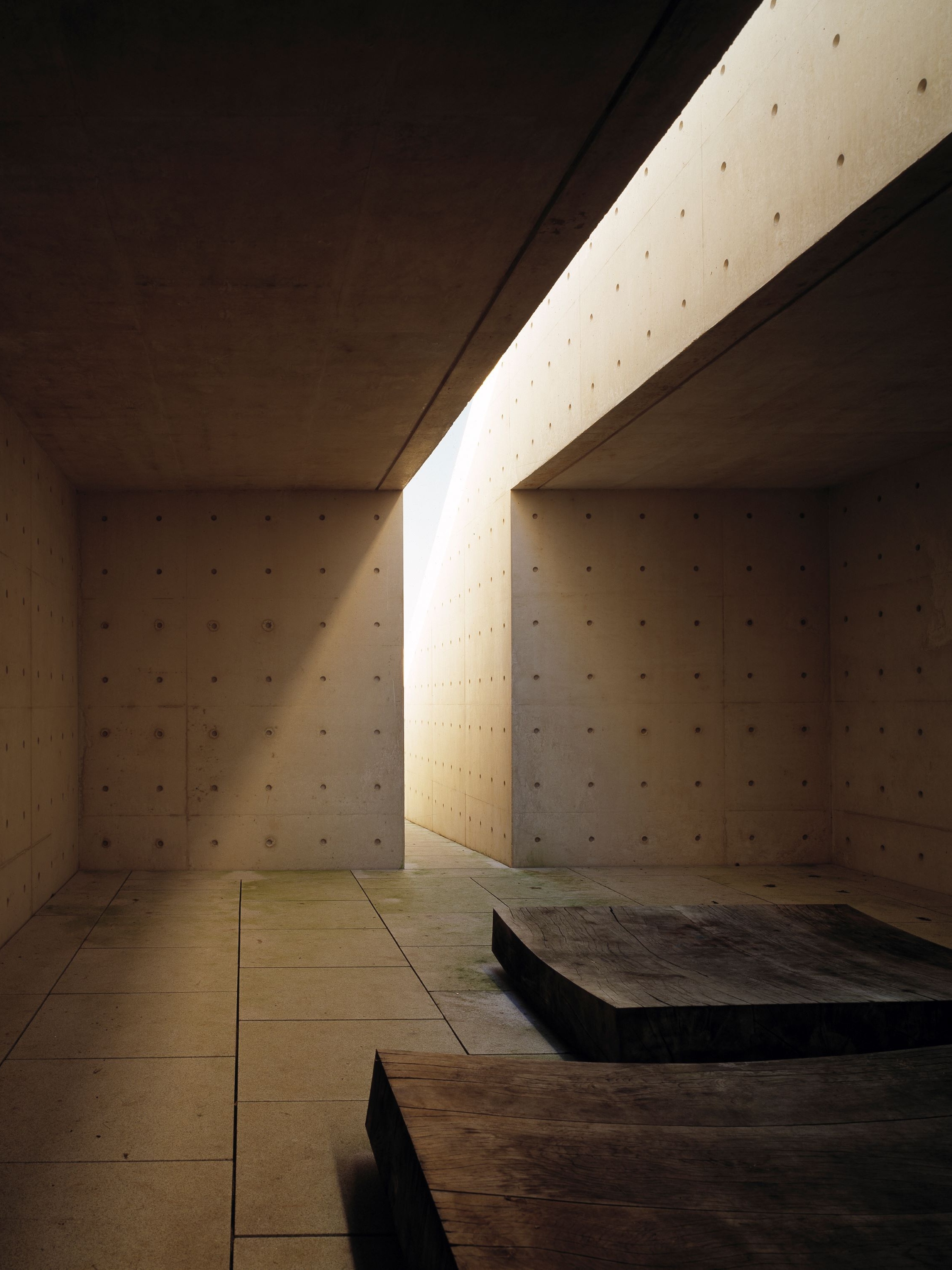 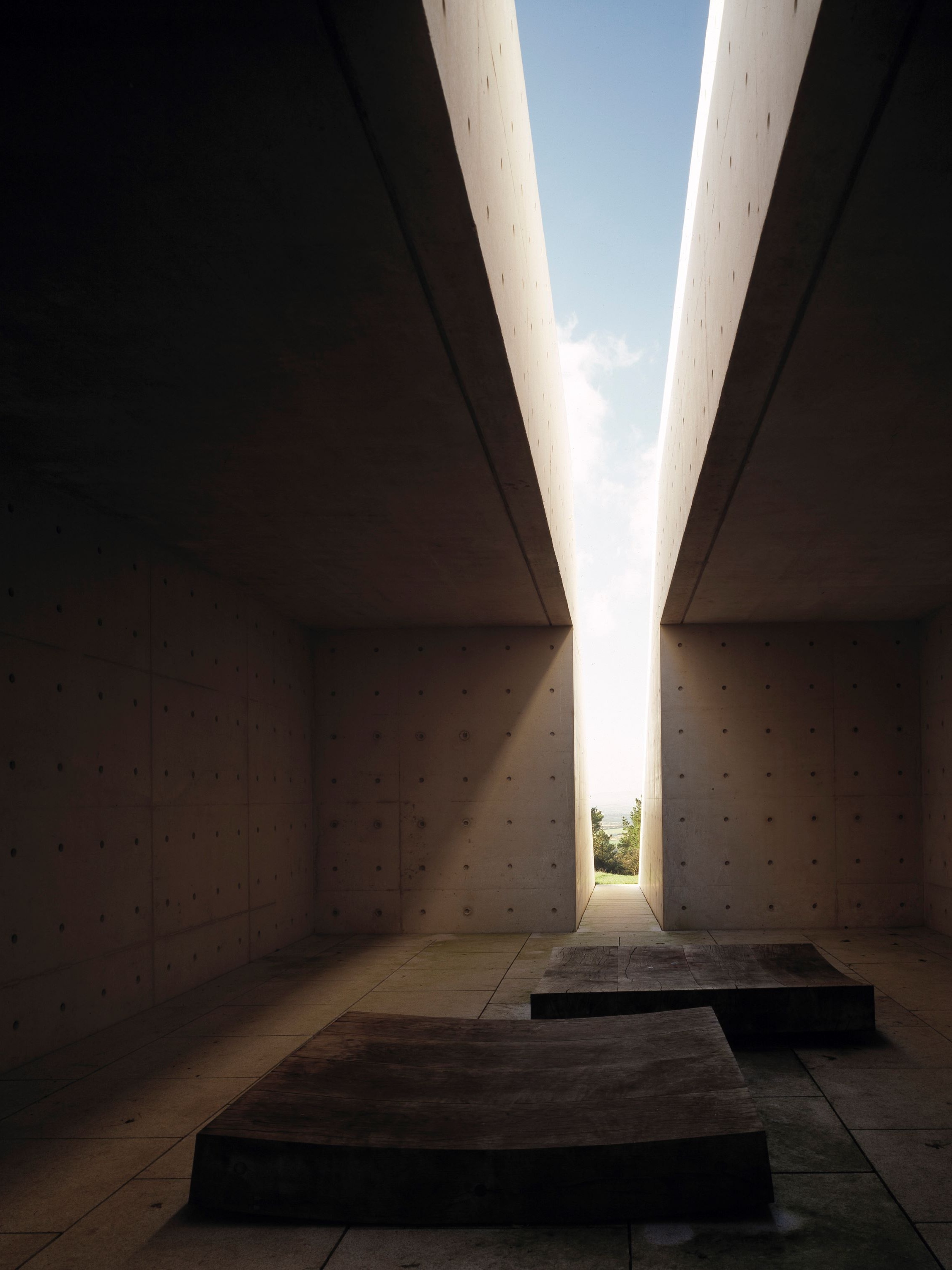 Upon arrival, there are no carved names, no flames, no pools of water. This is a much older kind of memorial. Warren recalls Tallon saying, "What we want, Michael, is to go over a broken stone wall and be there. The approach should be like the surprise of finding a fairy ring."Tallon chose white concrete for its "pallor of death", illuminated by "the light of resurrection." "We wanted a basic monolithic material of strength and nobility," says Tallon, "with which to create a modern Stonehenge."

Tallon calls Warren's two sculptures - horizontal curving tablets of 200-year-old Irish oak that make a shrine of the interior - "upturned hands, offering hope for the future." Warren likens them to the cremation bowls found in Newgrange. 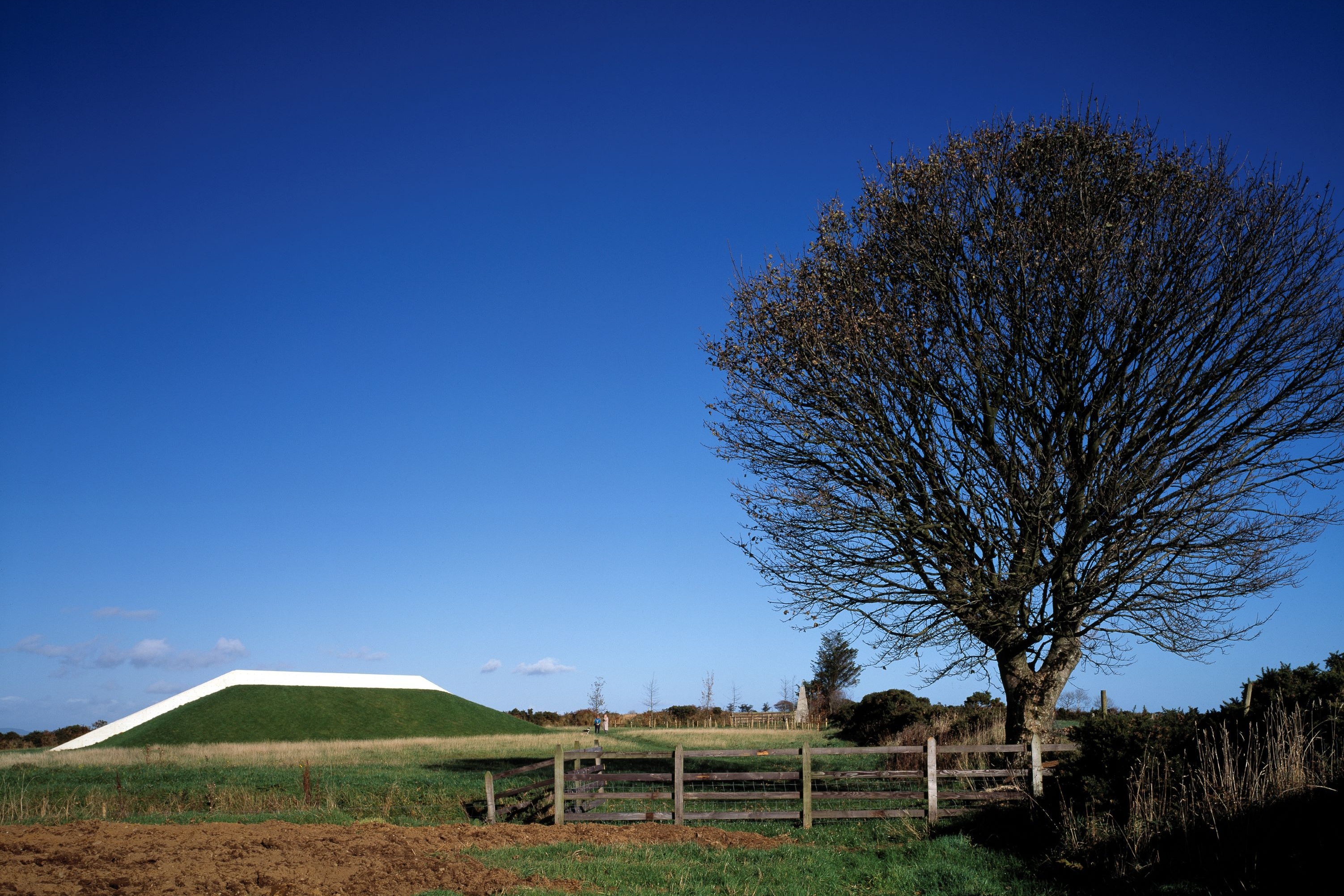 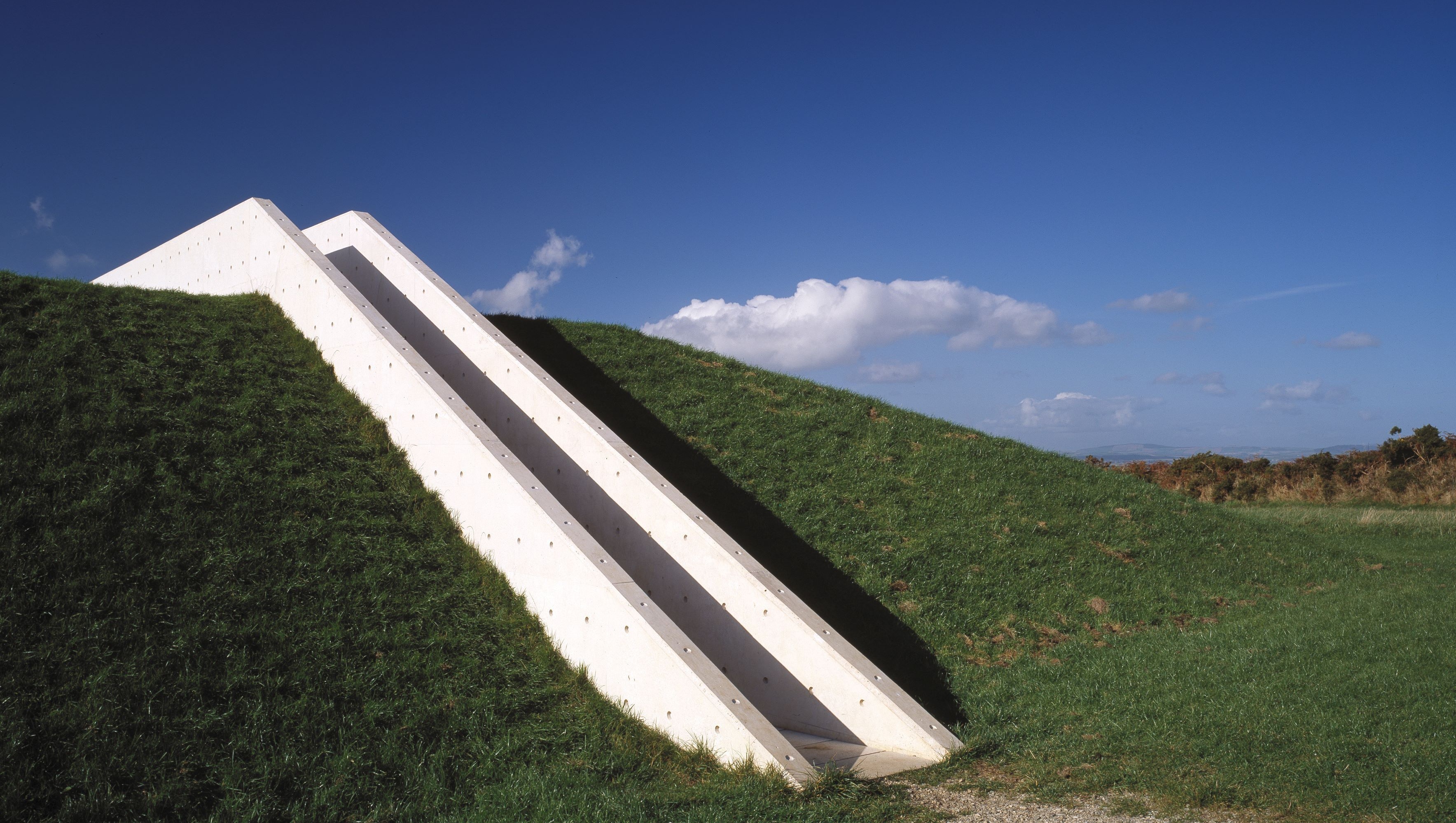