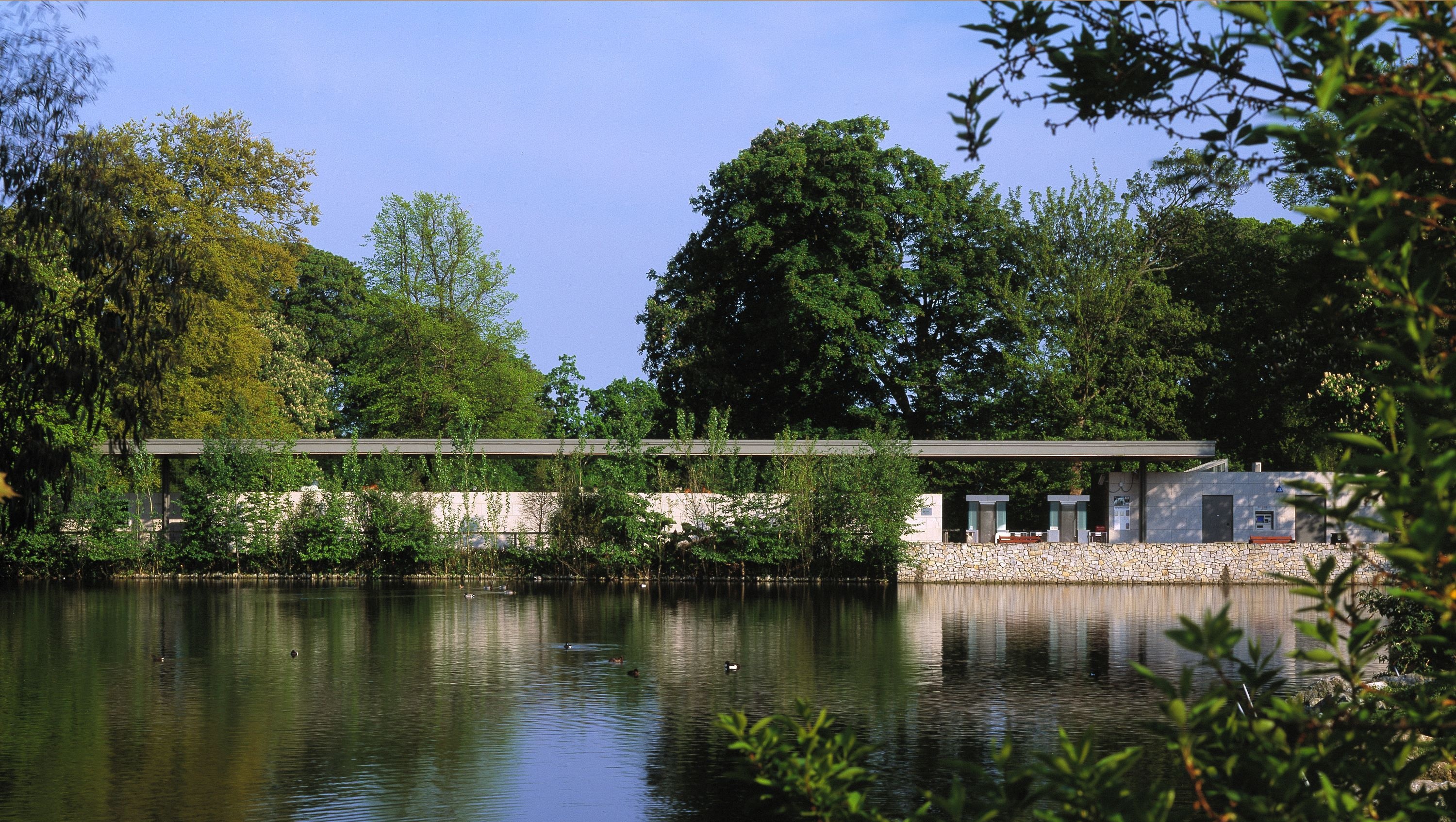 Dublin Zoo is the fourth oldest scientific zoo in the world and among the top three visitor attractions in Ireland, attracting almost one million visitors annually. A new entrance pavilion was required to service ticketing and retail demands, which could no longer be met by the cottage-style, thatch-roofed entrance lodge, built nearby in 1833. The beautiful new lakeside location, identified in the zoo’s millennium master plan, was an invitation to create an architectural threshold that would present the zoological gardens as a world apart within the sylvan urban parkland of Phoenix Park.

Selected for Exhibition
Royal Institute of the Architects of Ireland
2000

Selected for Exhibition
Royal Institute of the Architects of Ireland
2000 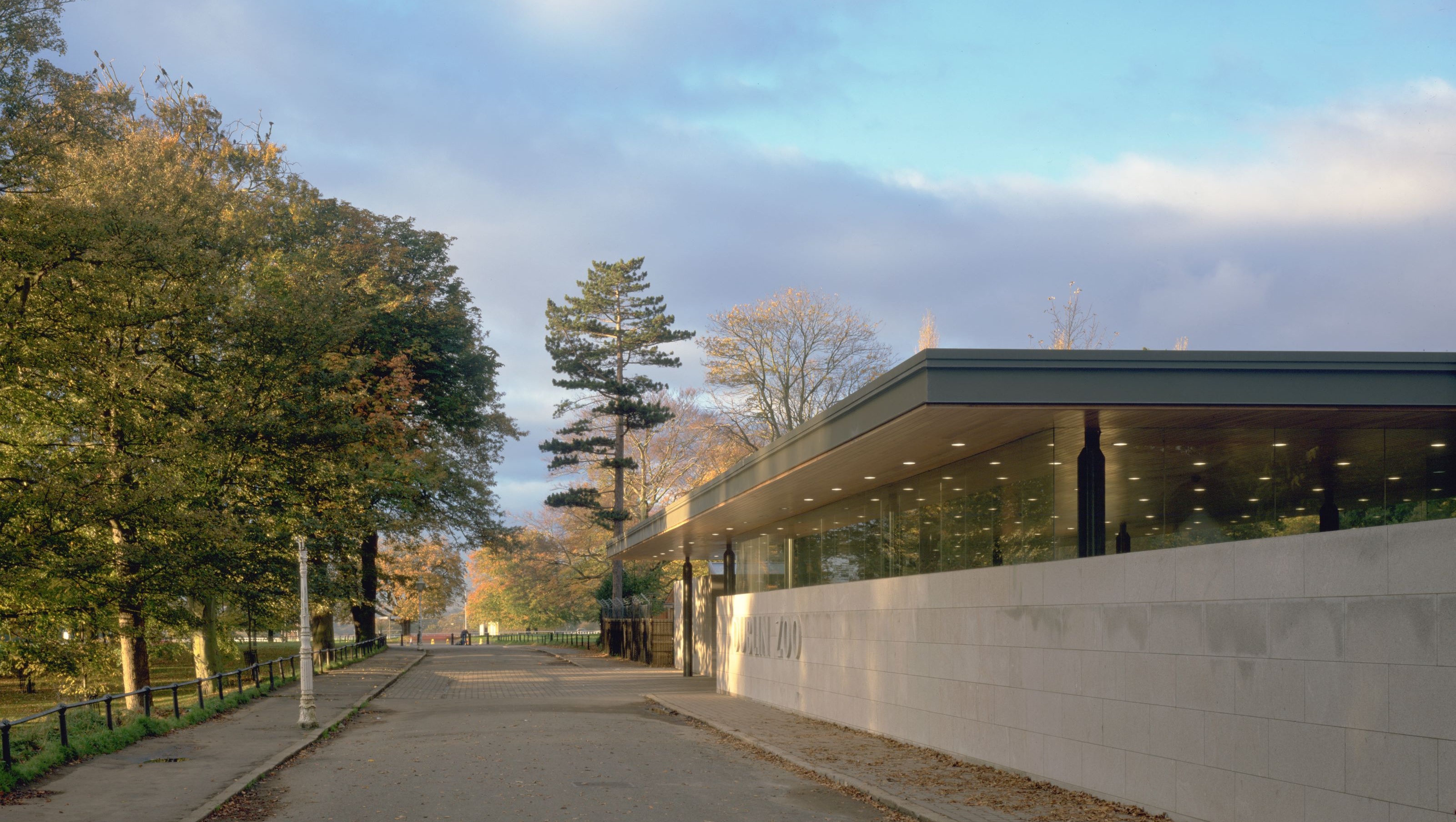 There are powerful echoes of Mies’ Barcelona in the tranquil, Zen-like garden pavilion that appears open to the elements beneath an oversailing canopy.

The long, screening entrance wall beneath the sheltering roof is ideal for queues; its height, 2.6m, was set by the retail outlet’s requirements. Yet, while more than half of the floor space is given over to shopping, the pavilion is not overwhelmed by commercialisation; rather, it intimates that the zoo remains primarily a place of wonder and contemplation.

Like a swan gliding gracefully across a lake while paddling furiously beneath the surface, the 10 steel columns supporting the pavilion’s rigid roof work hard. Without the usual cores, chimneys or sheer walls to provide lateral resistance, the columns have been designed as vertical cantilevers, an unusual structural solution first employed by STW at the GEC/Ecco factory in 1965. The circular columns are stiffened into cruciforms, except where stiffness is not required, as they meet the roof. 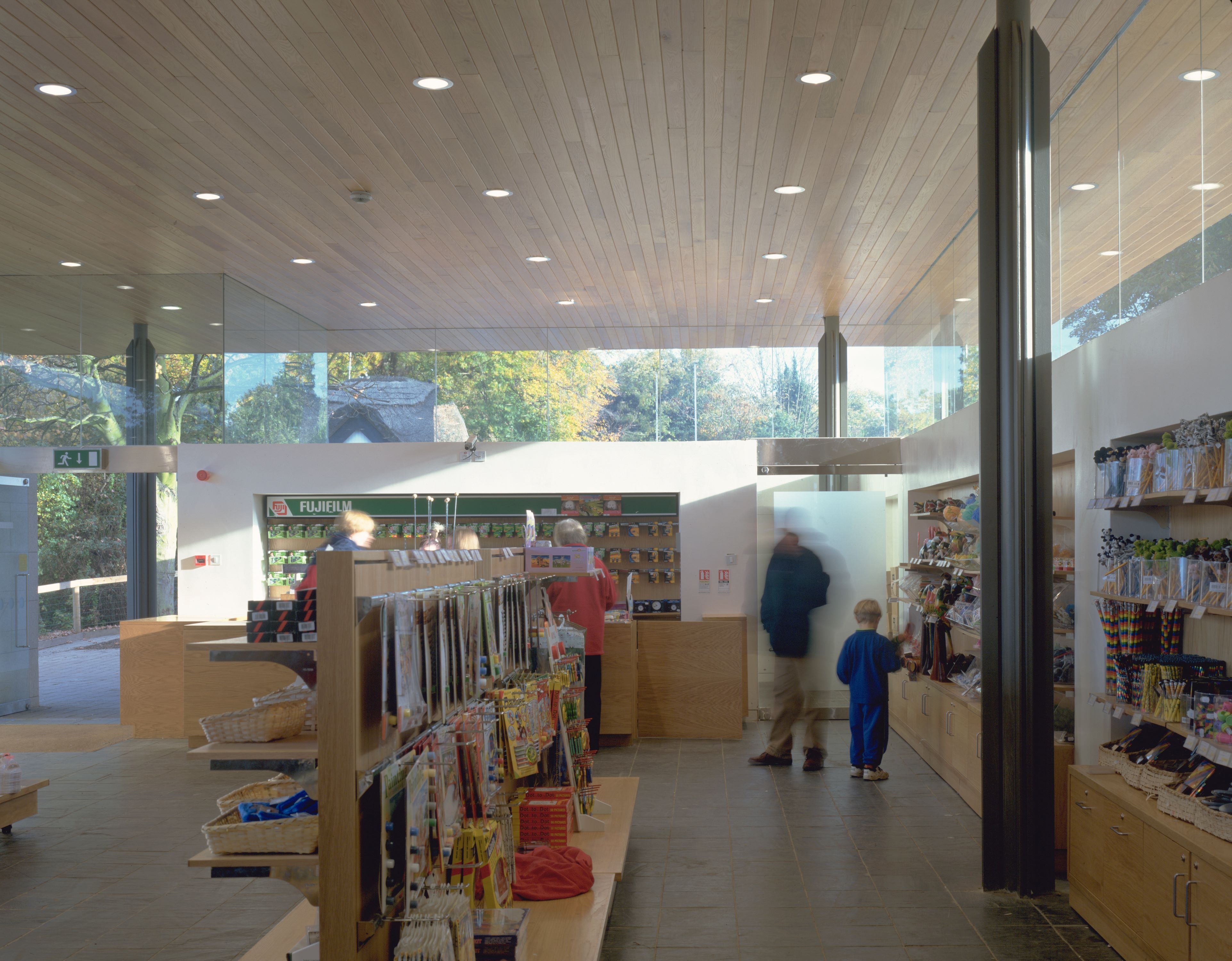