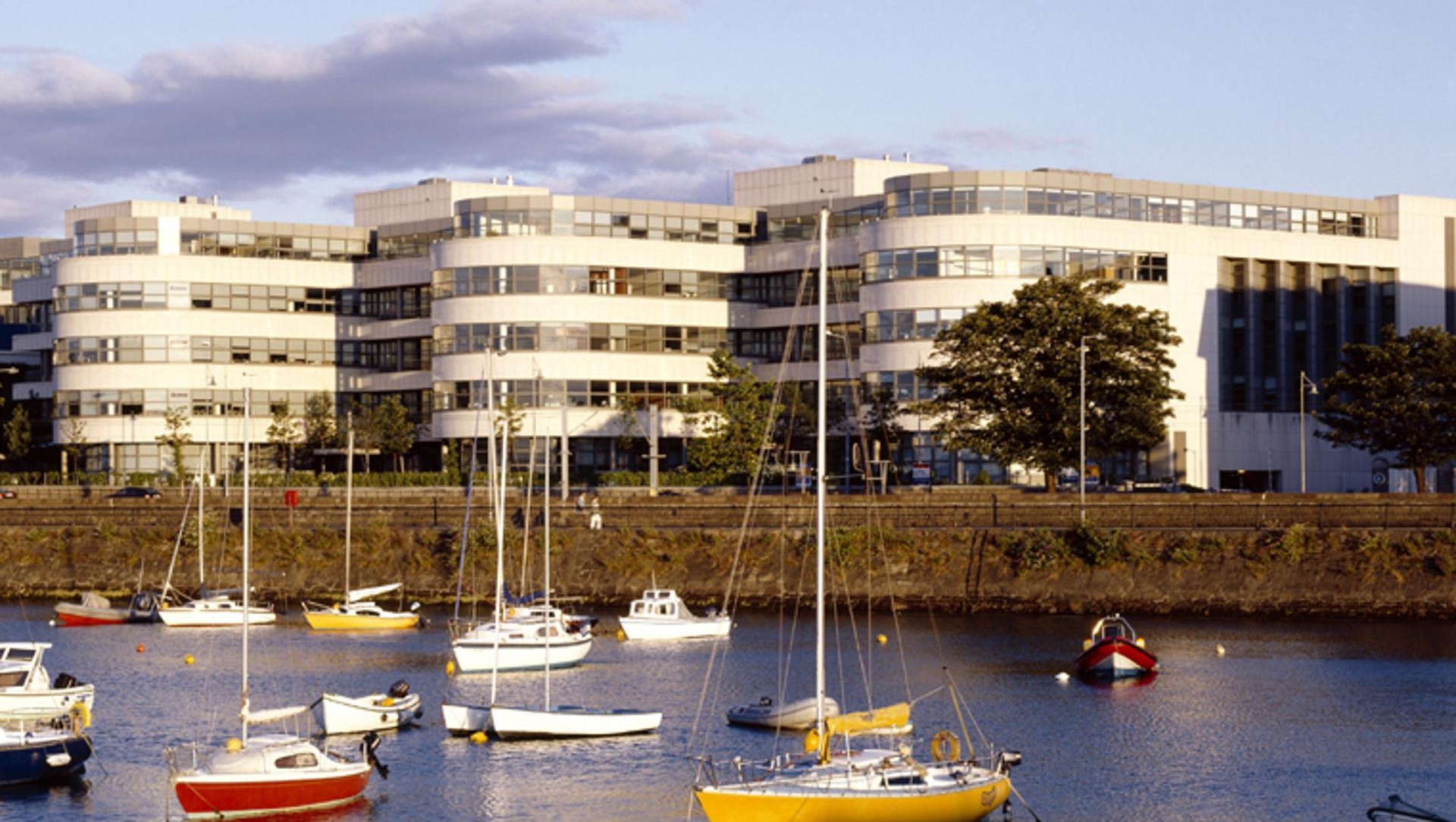 The project at West Pier Dun Laoghaire was on an unusual site, to the north it had stunning views over Dun Laoghaire harbour to Dublin Bay and Howth Head, and to the south a steep 15-20m high escarpment bounded the site, so effectively is was at the base of a cliff. 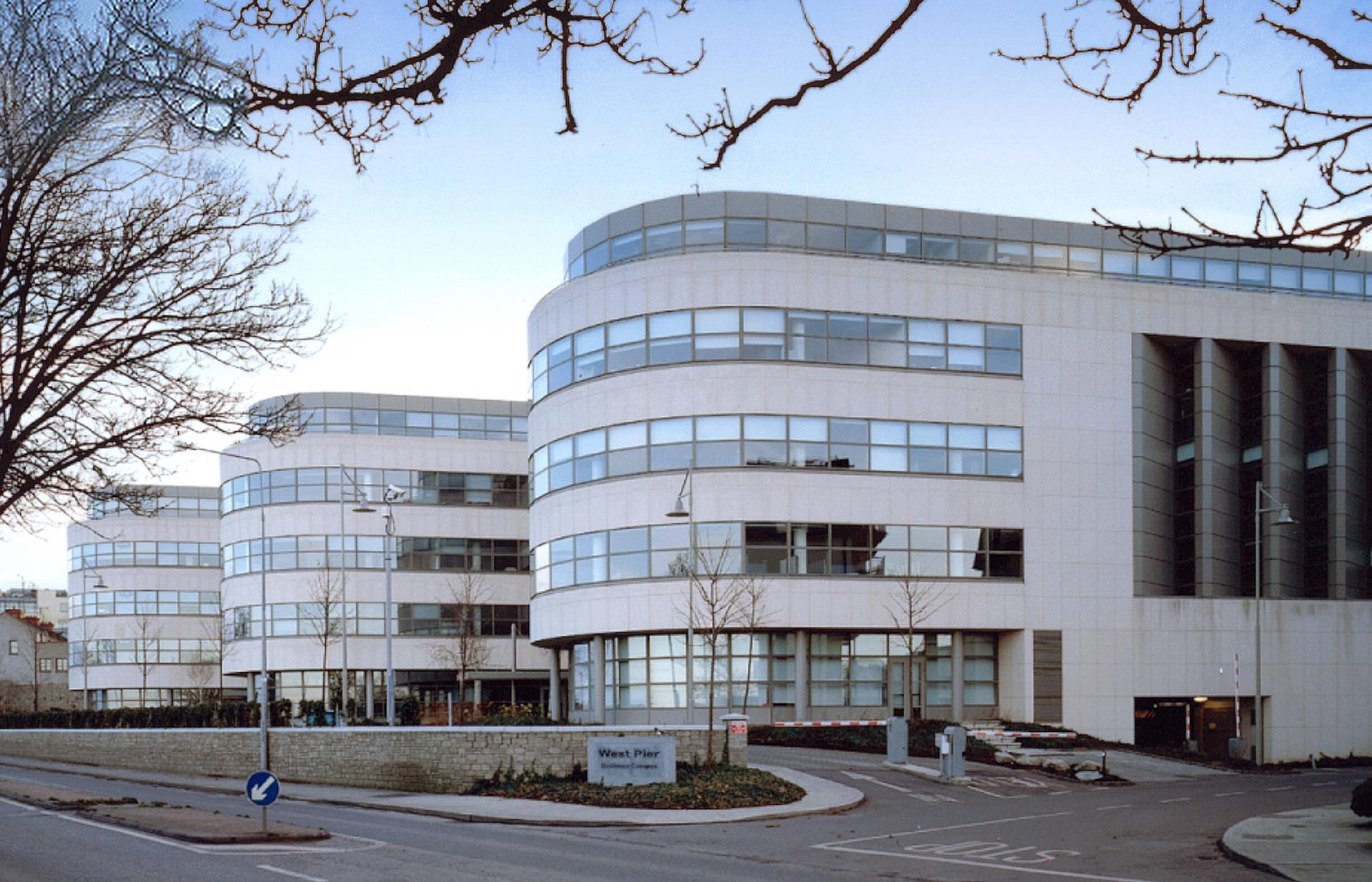 The design maximized the potential of the site providing naturally ventilated car parking under a roof garden at the base of the cliff, reducing its dominance over the site while giving optimum views and orientation to the 12,000 sq.m of commercial offices provided in three individual but connected blocks.

A natural limestone faced precast concrete panel was used throughout with stone curved to make the characteristic rounded form of the front of the buildings. The gables and other insitu elements were clad in the same stone, but hand fixed. 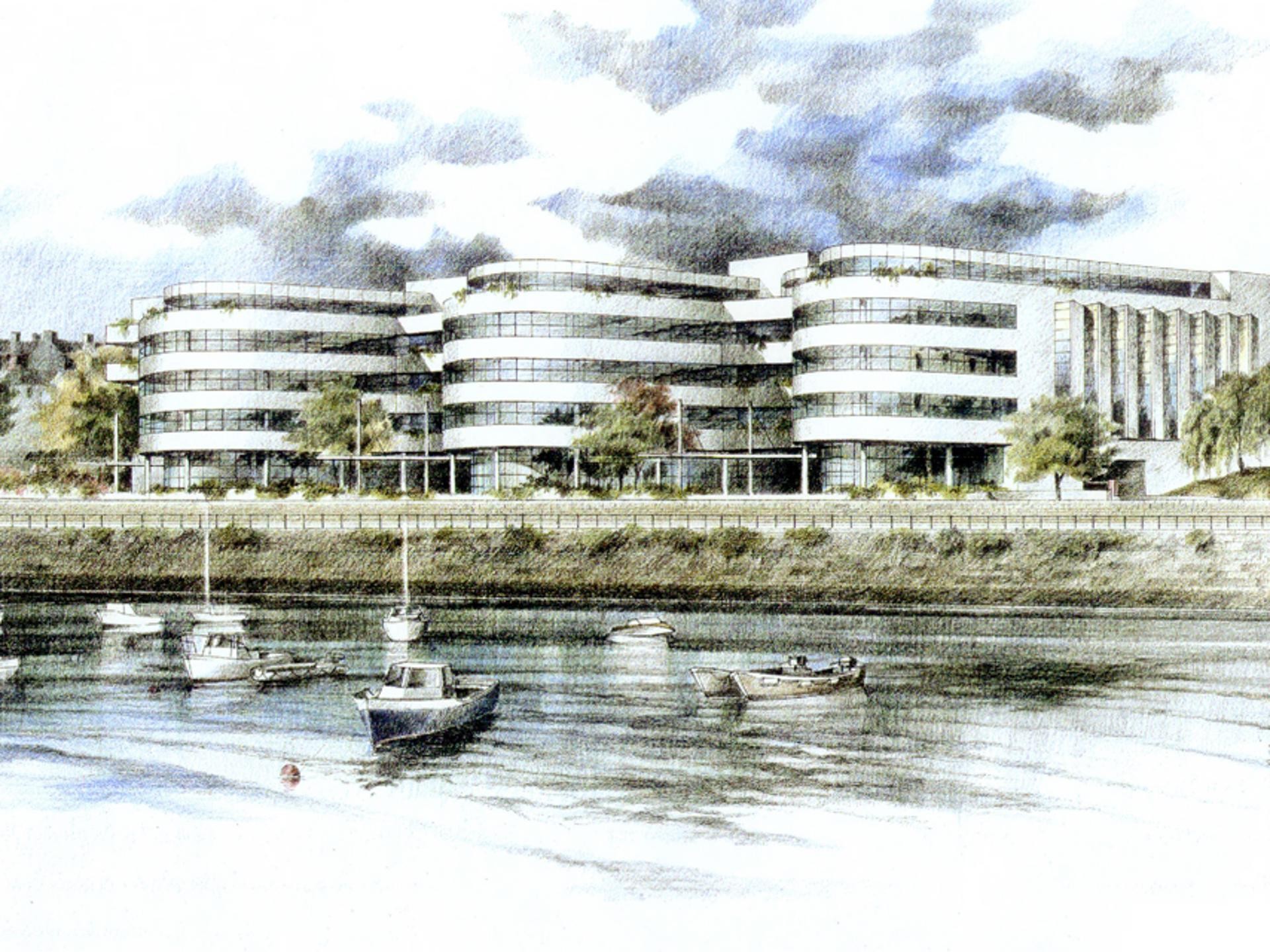 A primary requirement of the brief was for an energy efficient, sustainable and cost effective facility. The building incorporates a range of energy efficiency systems including exposed thermal mass, heat pumps for heating and cooling, mixed mode ventilation (displacement, stack and natural) and night time cooling. Discrete integration of building services was fundamental to the project as no suspended ceilings are provided.

Post occupancy data recorded energy consumption of 137.4 kWh/m2/year - 46% less than the average university building and even more impressive given the energy intensive uses within this building.