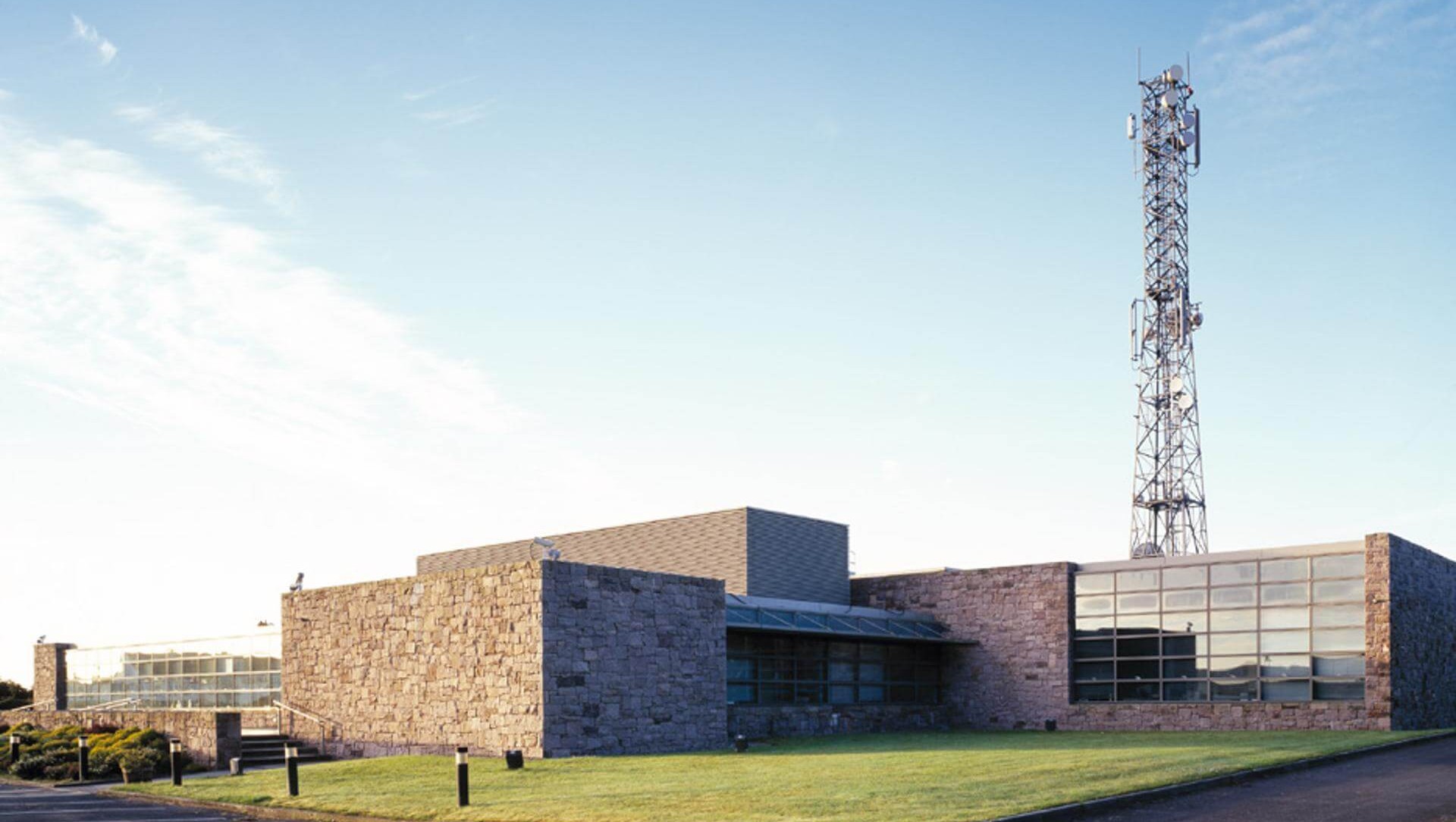 Telefís na Gaeilge, the Irish-language television broadcasting service, was established in 1994. Now known as TG4, the station is based in the heart of rural Connemara, a region of great natural beauty in the west of Ireland. The challenge was to respect the genius loci, the spirit of the place, while creating a dynamic, forward-looking symbol of the Gaeltacht in the digital age. When TG4 began broadcasting in 1996, this was the most technically advanced television station in Europe, the first to successfully pioneer the efficient and cost-effective integration of automation, library management and newsroom editing systems. The facility, since seamlessly extended by STW, includes a newsroom, a pair of studios, editing suites, voice-over booths, a library, a canteen, administrative offices and a courtyard garden. 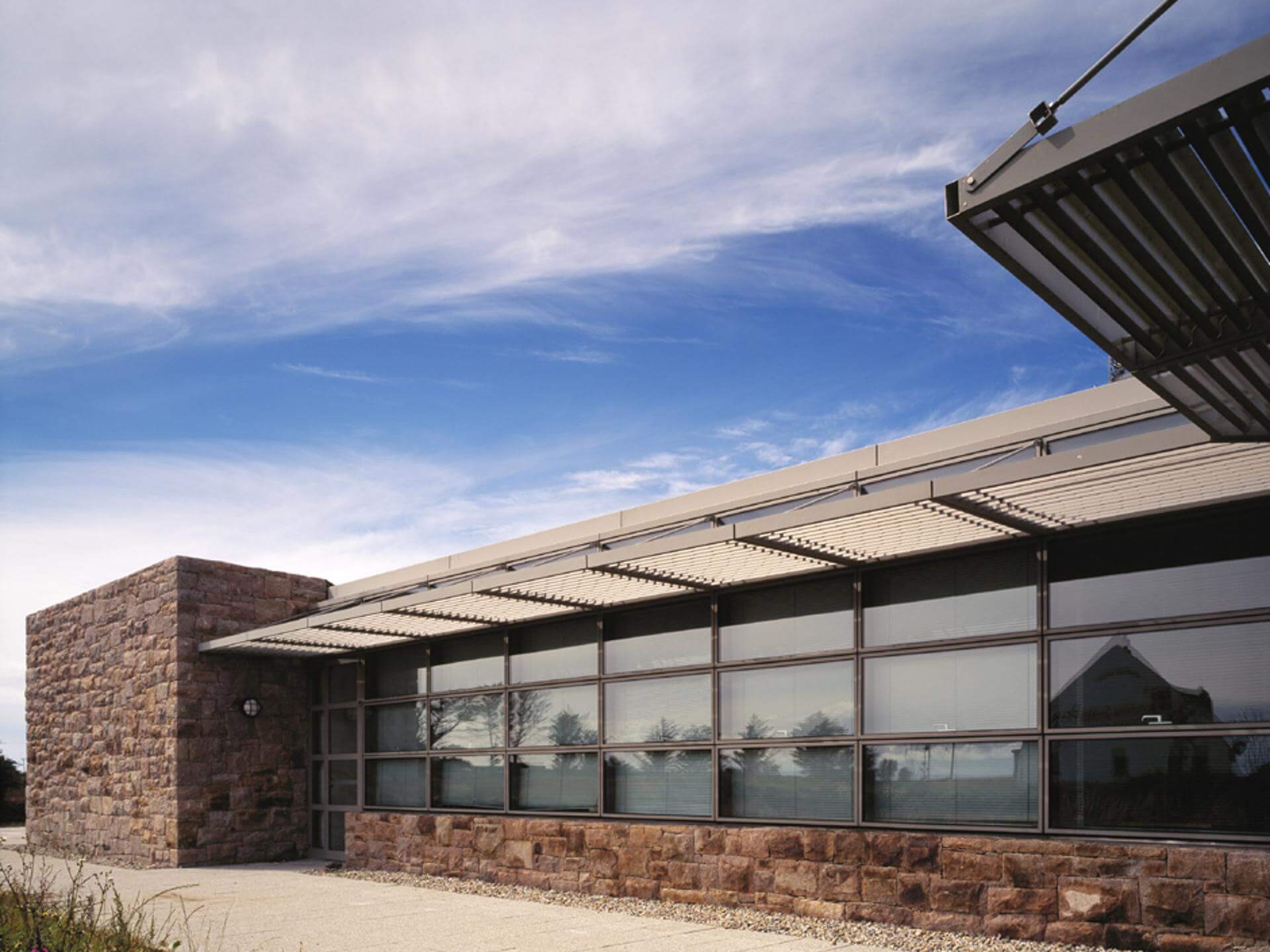 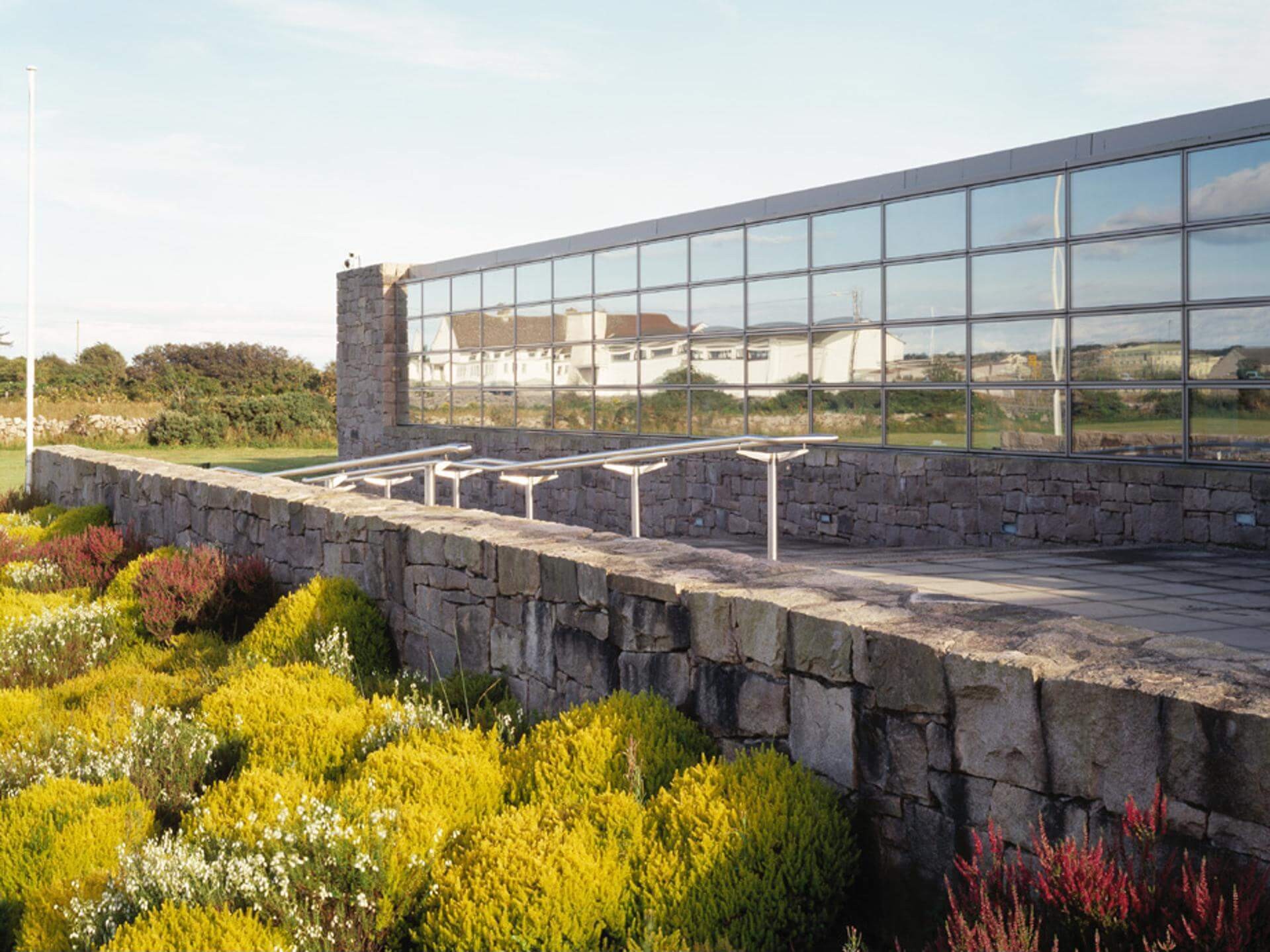 Although modest in scale, the architecture aspires to timelessness, looking to the future while being mindful of the past. The high-technology building sits comfortably in the landscape, giving fresh expression to the region’s cultural and vernacular traditions by containing the irregular plan form within a striking pinkish carapace of local, field-quarried granite, evoking impressions of an ancient ruin revived.

This was the first project where STW specified the use of a dimensionally variable, non-standardized building material; the handcrafted shell of uncoursed random rubble walls rises to roof level at corners and ends. Innovative parapet and window cill details were developed to create TG4’s pleasingly rugged character, which is delicately offset by the highly-serviced building’s slim and sophisticated bi-modular curtain-wall glazing system, brise-soleil and transmission mast. 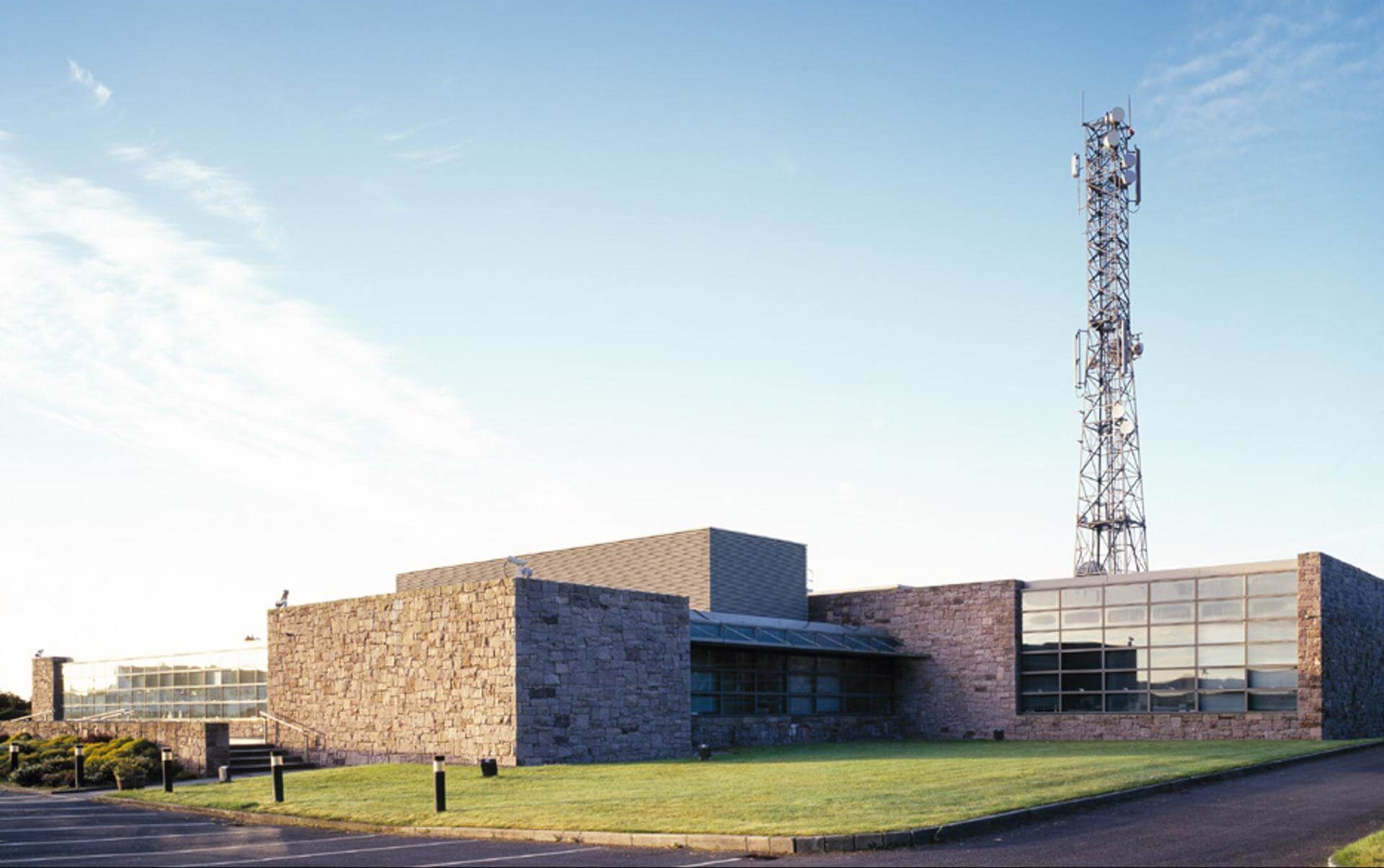 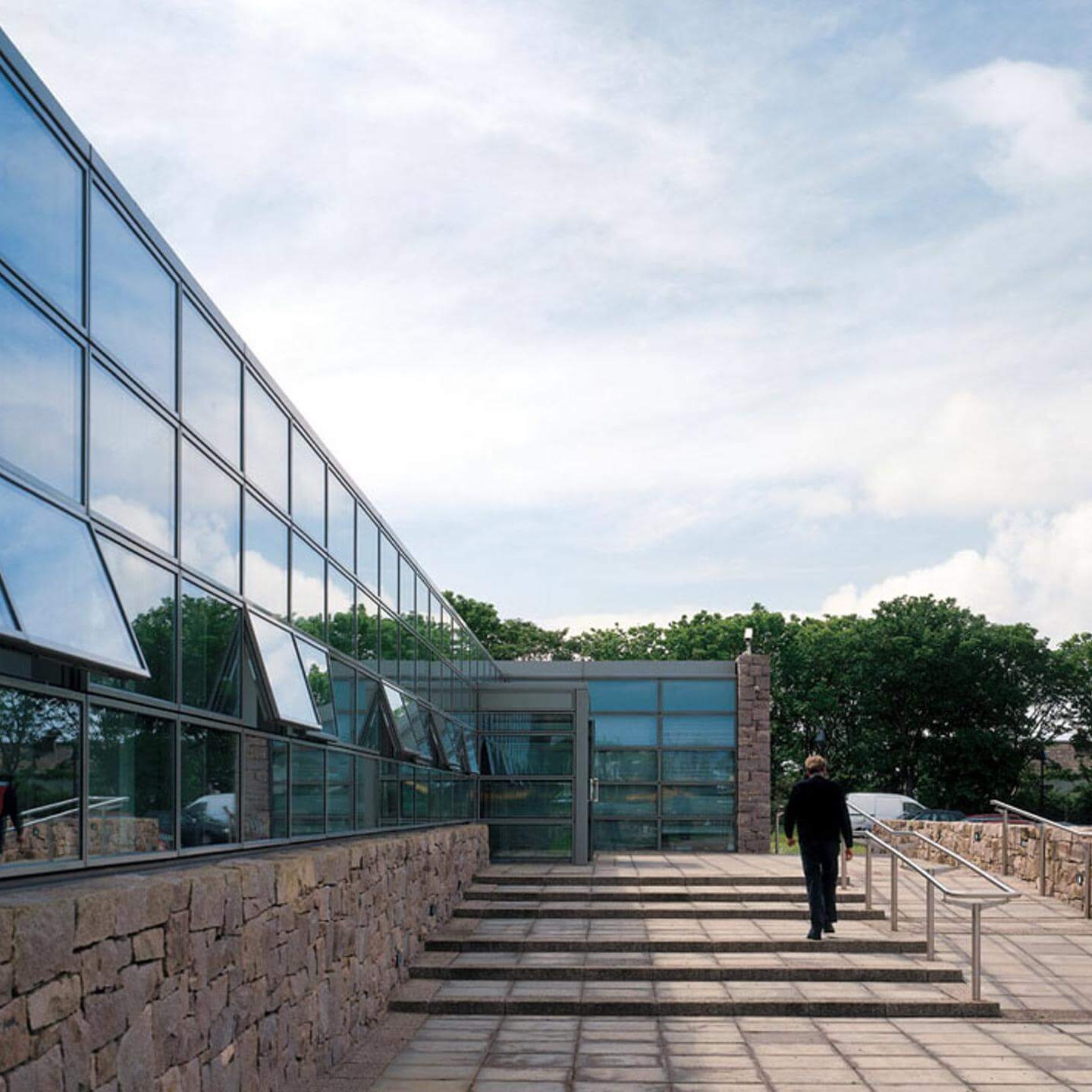 Regional Award
Royal Institute of the Architects of Ireland
1997

Regional Award
Royal Institute of the Architects of Ireland
1997