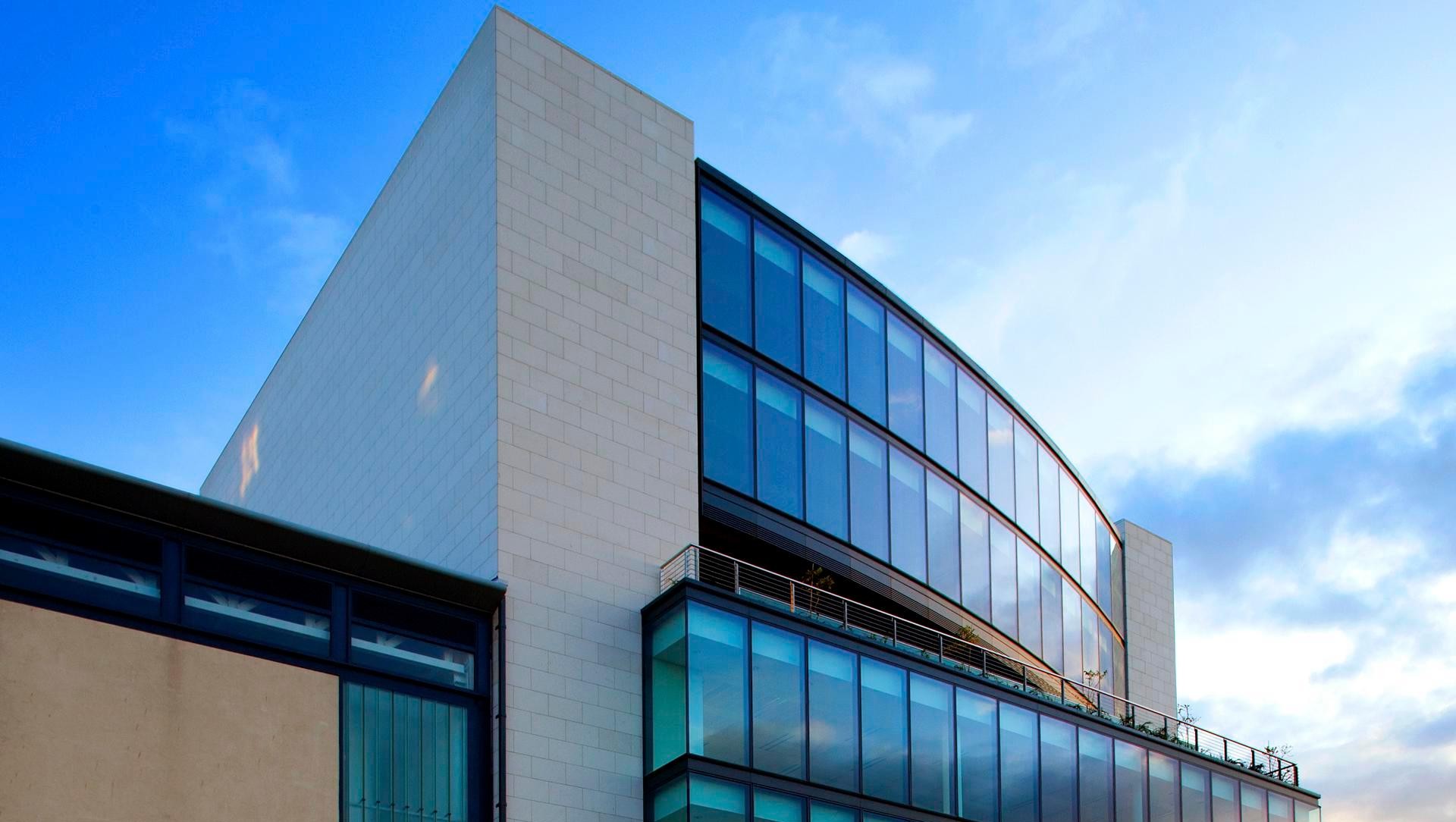 The Stockyard development is a six storey over basement carpark contemporary design office building on the corner of Sheriff Street Upper and Abercorn Road in Dublin's docklands. 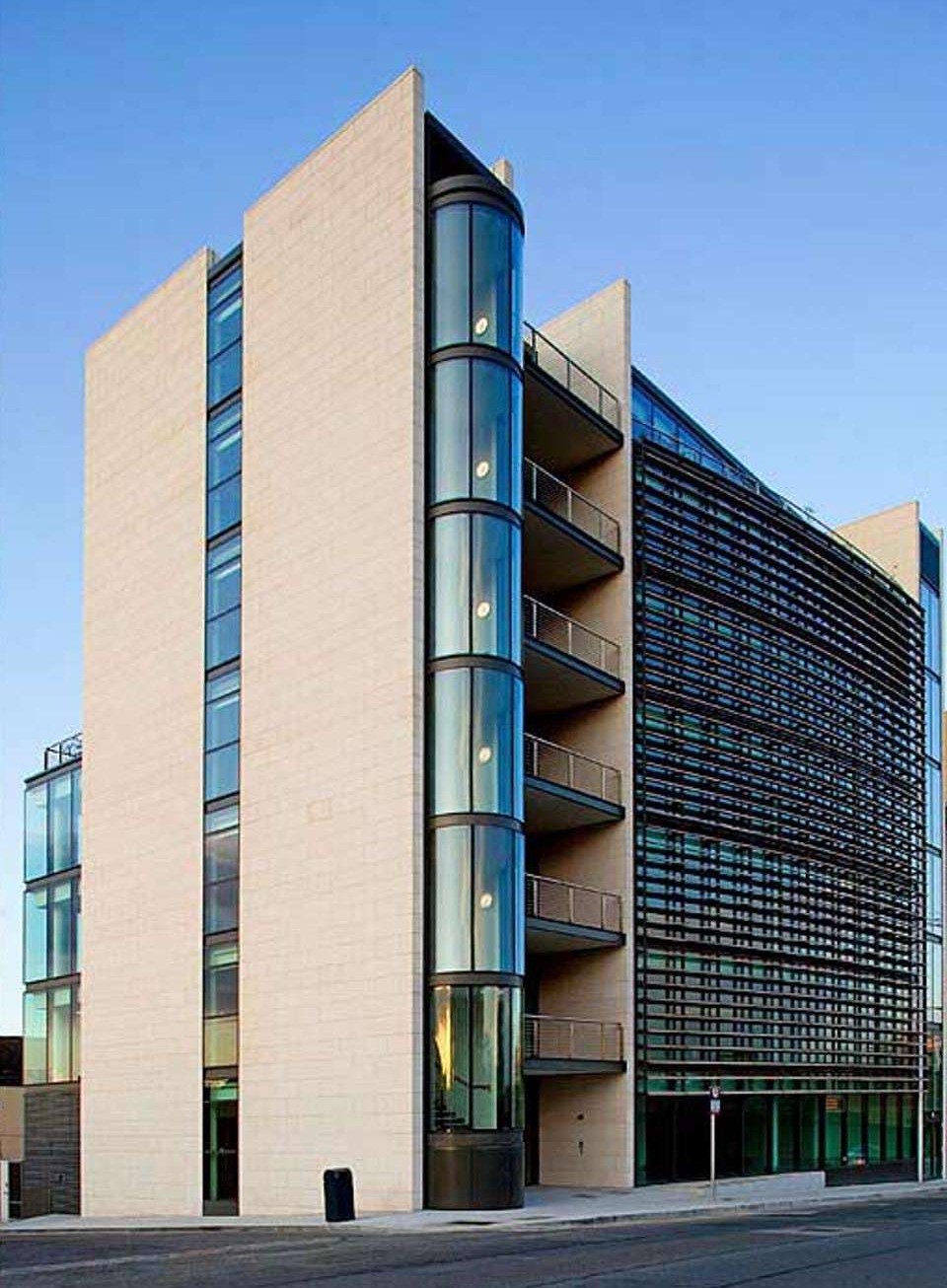 The plan was based on a simple design concept of a main circulation area running across the building in an east west direction from one stair core to the other.

There are also two passenger lifts which are accessible via ground floor reception / lobby. The footprint of the building was achieved by maintaining the line of existing buildings on Abercorn Road (west elevation) while curving the front (south) elevation back along the Sheriff Street facade. Due to the falls of the roadway and pavement from the corner along Abercorn Road and Sheriff Street Upper it was necessary to introduce a transition space in front of the main entrance between the roadway and the building within which access to building could be organised.

The north elevation is stepped by means of a terrace at fourth floor level. This reduces massing toward the residential units on Abercorn Road and establishes a contextual empathy with the two storey houses.

The curved outline of fifth and sixth floor office space partly cantilevers over the fourth floor terrace. Access to basement level is by means of two car lifts and a stairs off Abercorn Road. 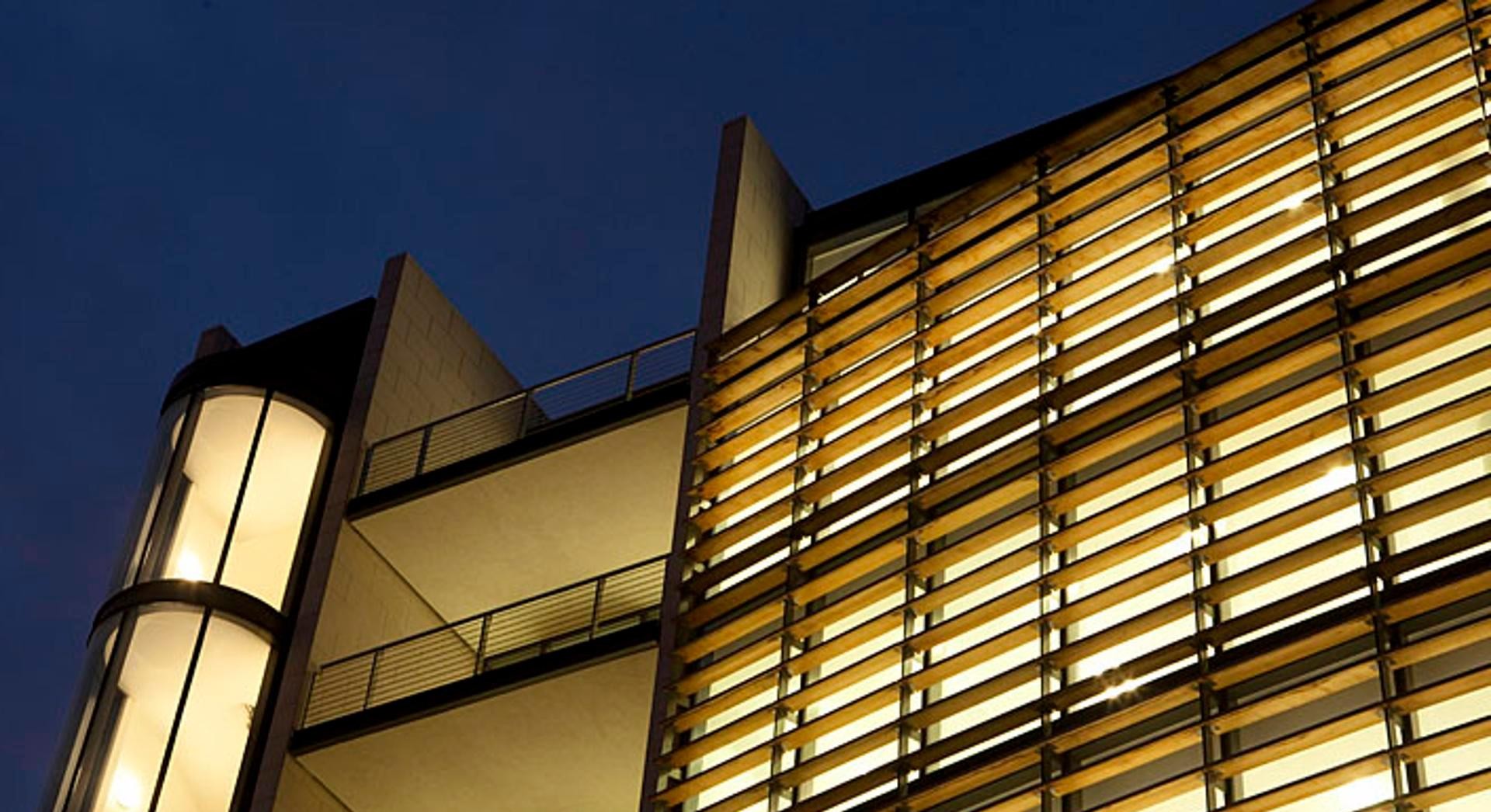