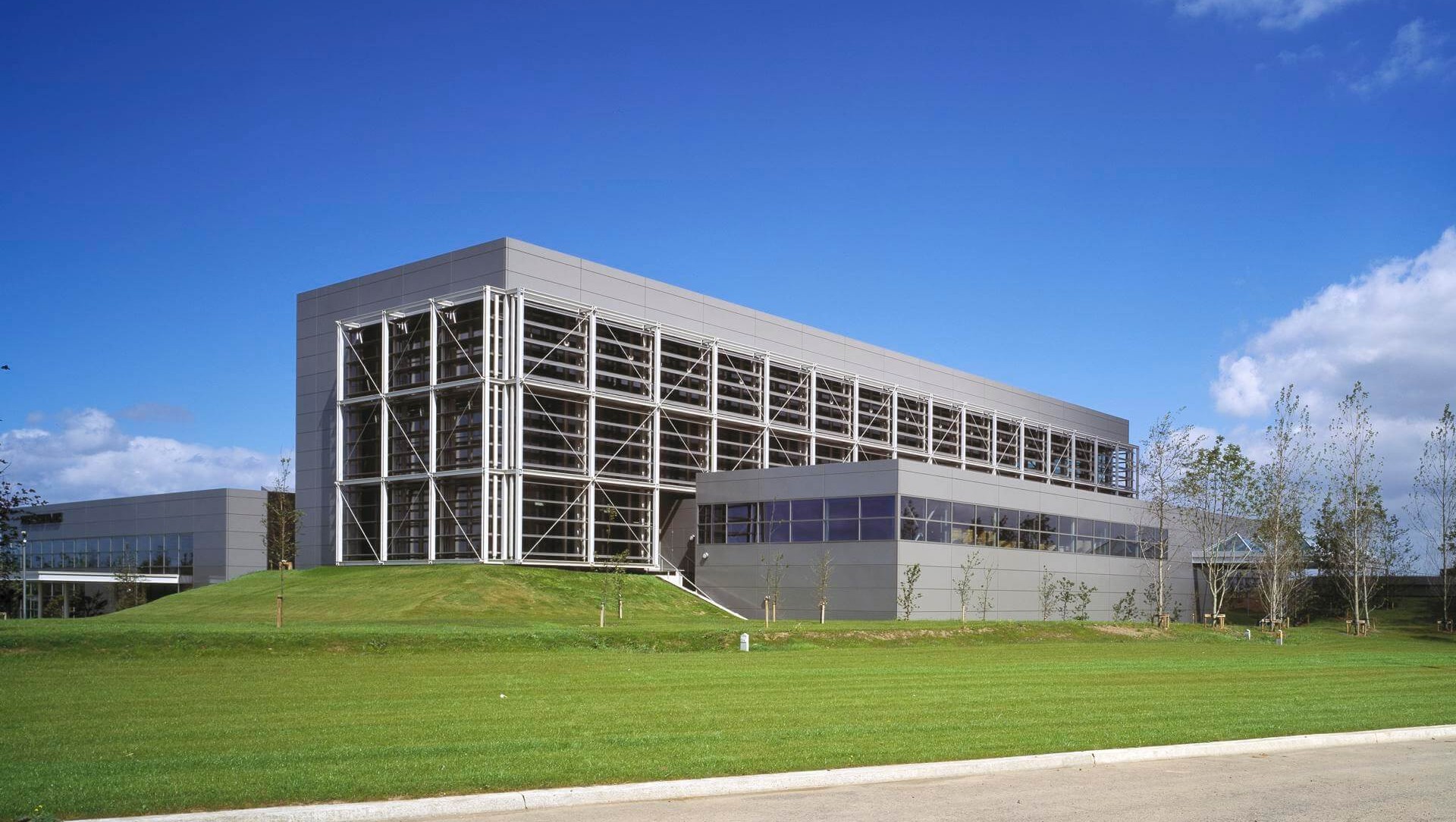 The Irish Times is Ireland’s paper of record. The cramped, city-centre premises occupied by the newspaper throughout the 20th century were left for a state-of-the-art printing plant and distribution centre on a greenfield site outside Dublin. The challenge was to integrate the architectural design with the latest newspaper production process design, both of which were developed in tandem, while building in future flexibility. 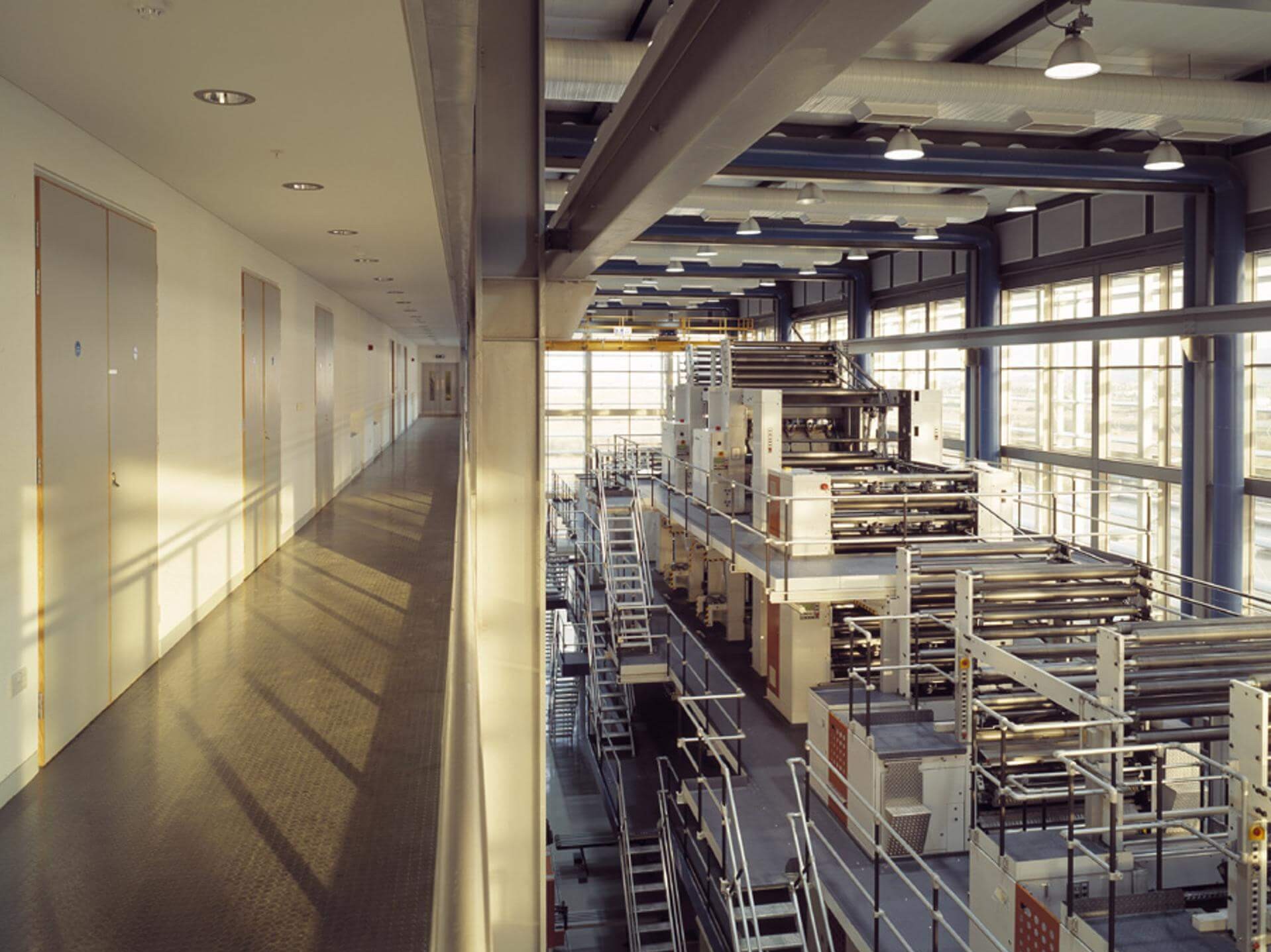 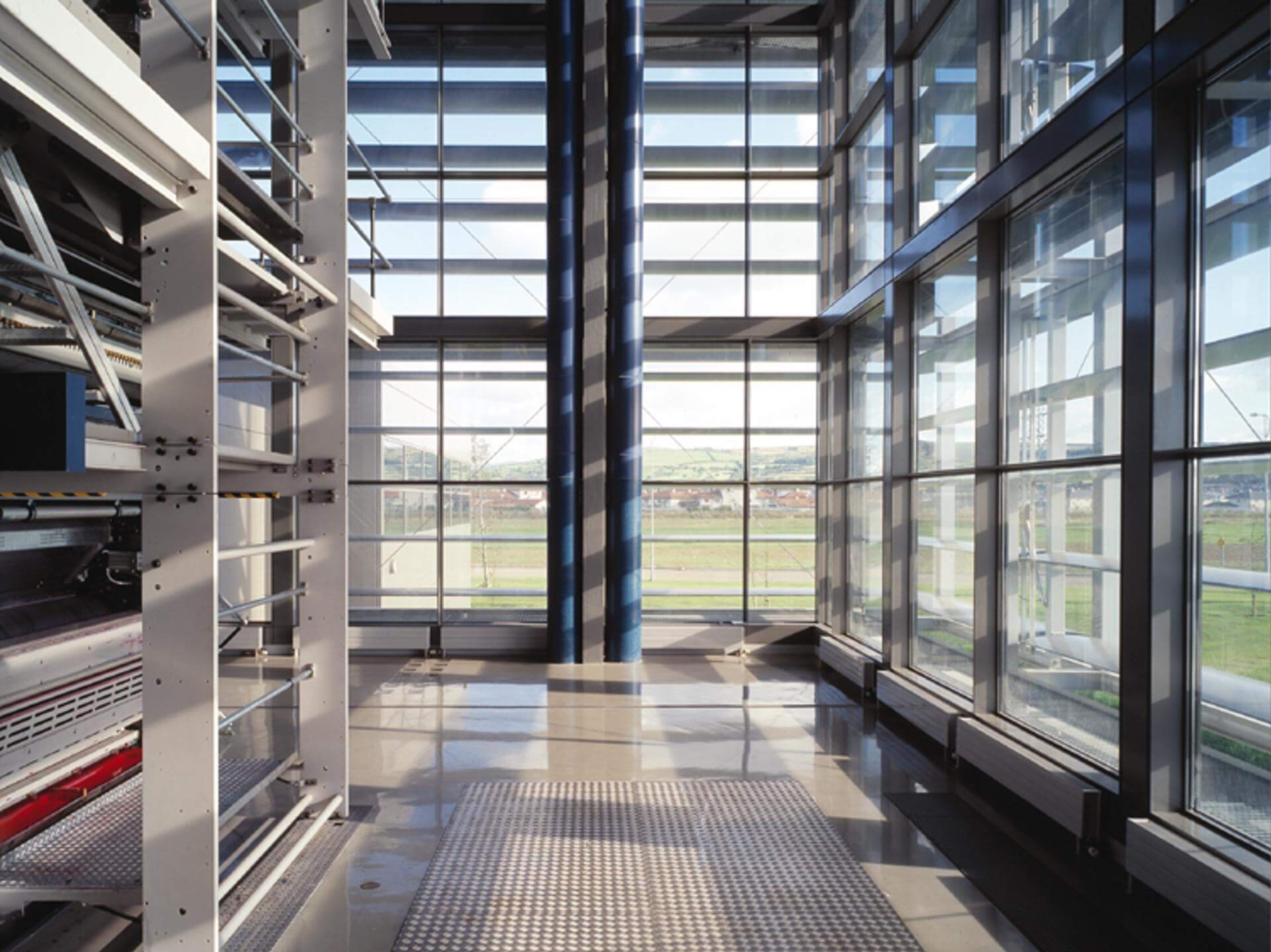 Form follows function in this rigorously value-engineered building. Scott Tallon Walker worked with the process engineers to define the optimum form for the enclosure. The architecture grew out of a clear process flow diagram – from paper delivery and storage to printing, quality control, collation, packing and dispatch. Such close collaboration ultimately meant the printing presses could be installed even as construction continued.

The building is more than an efficient machine. At its heart is the press hall, fully glazed but protected from glare and solar gain by motorised louvres in a delicately cross-braced frame that also supports maintenance gantries. The changing textures of the dynamic façade bring the building elegantly to life by day and at night.

The complex is made appear deceptively smaller through the use of earth berms, broken massing and careful manipulation of architectural scale: what seems to be a three-storey press hall actually rises to a parapet height of 20m.

The control of noise breakout from the press hall was critical. The building skin comprises acoustic metal panels and a bespoke window-wall system with pressure caps milled out of solid aluminium that take the glazing. 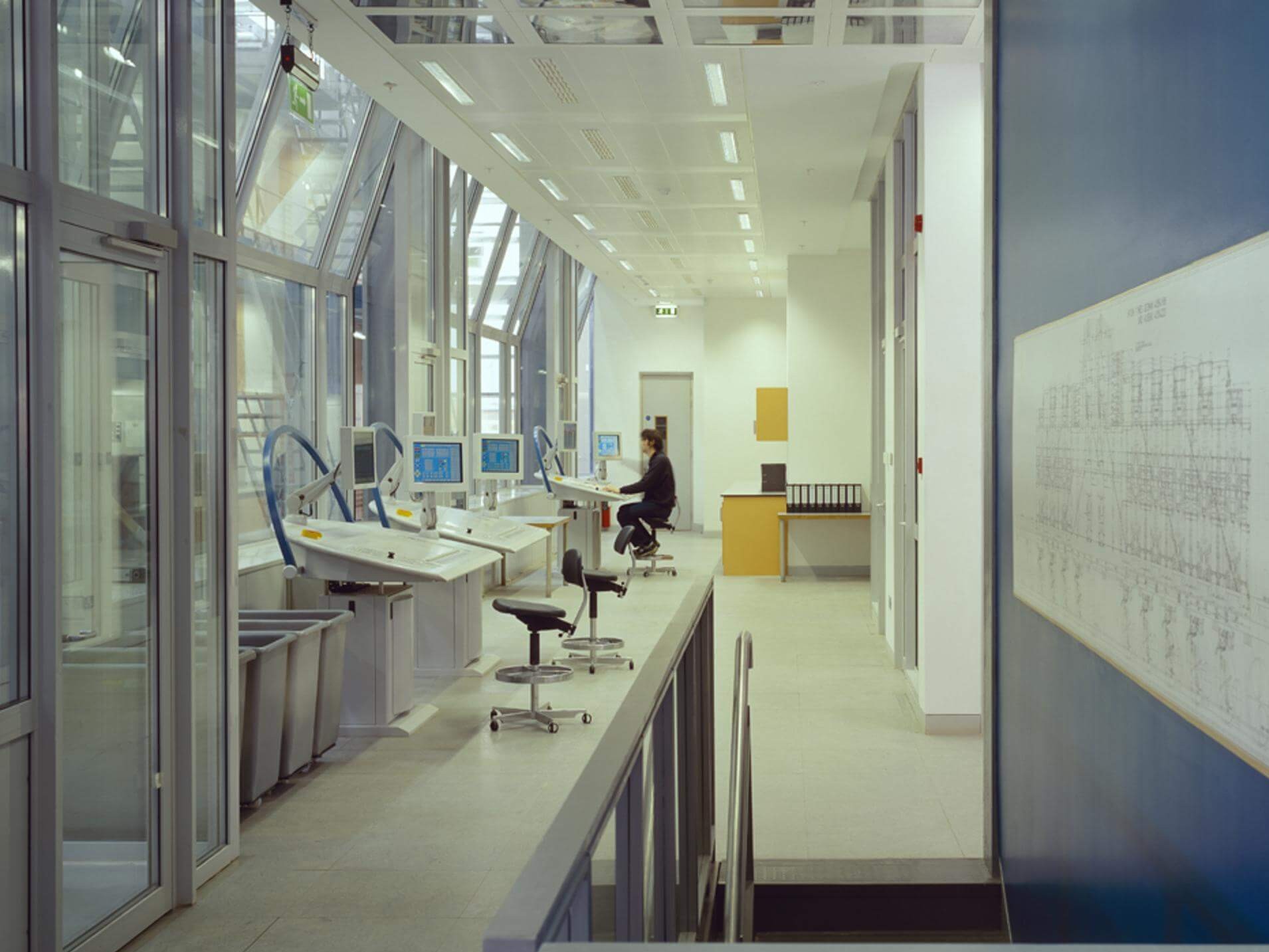 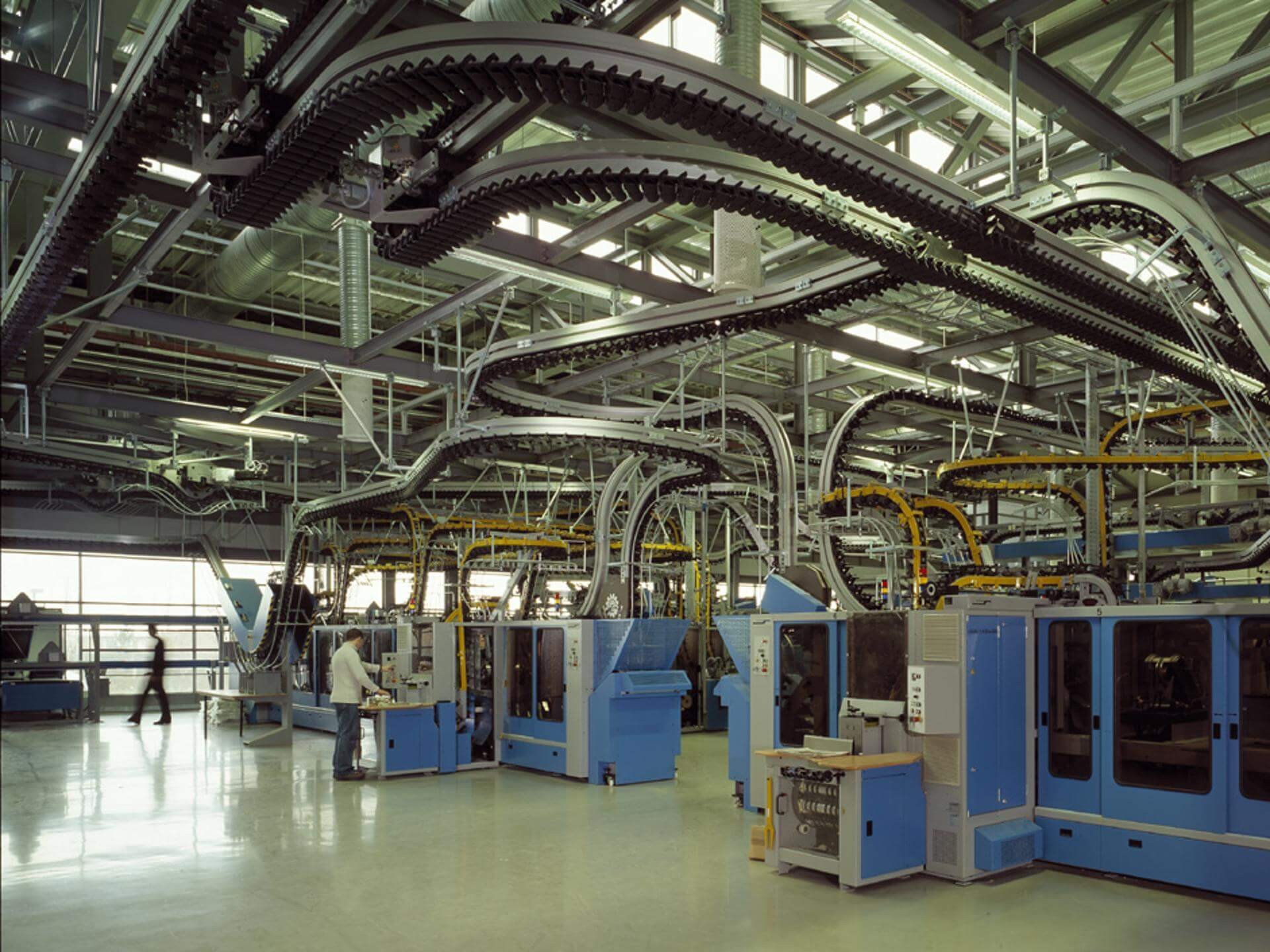 Scott Tallon Walker rose to the challenge by designing on the principle of using the mass of the structure for thermal cooling. Designed on three levels around a large central garden atrium, the reinforced-concrete frame and precast floor slabs with smooth coffered soffits forming the ceiling act as the thermal fly wheel.

Ventilation is by displacement with heat recovery through an air/air heat exchanger. The building won the Best corporate workplace award from the British Council for Offices and the innovation in M&E services award from the ACEI for the low energy design strategy. 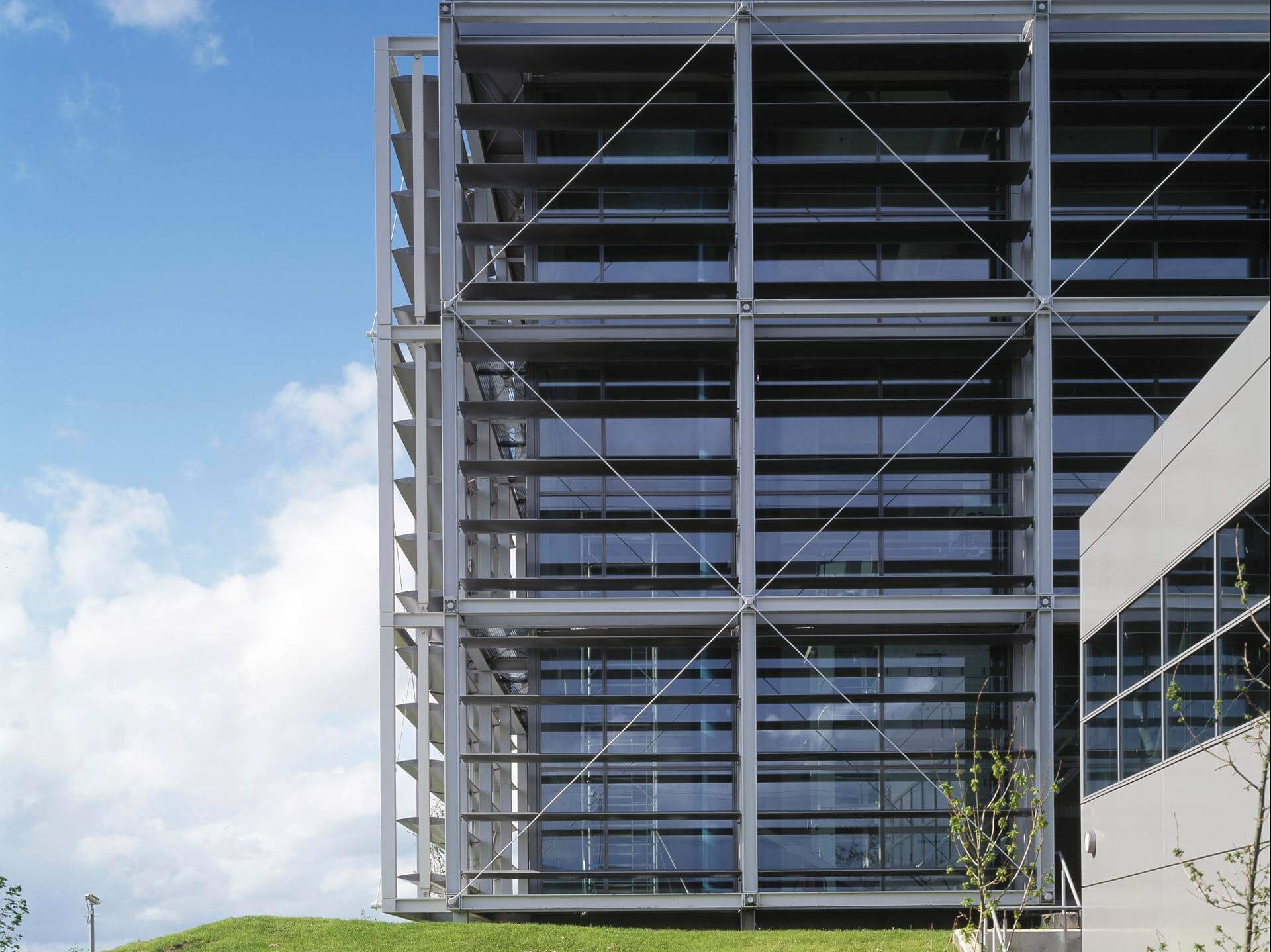